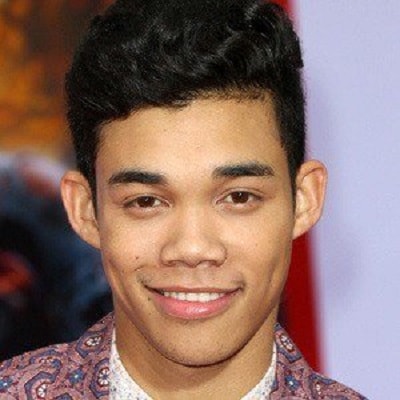 Most people have a blank slate and can start from nothing. But for me, I had to break a bad habit that I've been doing all of my life, which is freestyle hip-hop.

I've been chasing my music dream for a very long time and the acting dream just came up. But there are musical things I want to show the world, so that's my next step.

Roshon Fegan is currently in a relationship. He is dating dancer Dytto since 2017. Further information regarding their relationship is not available. Previously, she dated Camp Rock co-star Anna Maria Perez de Tagle. The pair dated from 2008 to 2009.

After that, he began a relationship with Chelsie Hightower in 2012, his co-dancer from Dancing with the Stars. But the relationship lasted for a year only.

Who is Roshon Fegan?

Roshon Fegan is an American actor, rapper, and dancer who is well known for his role in Shake It Up as Ty Blue, as Bobby DeBarge in The Bobby DeBarge Story, and in Camp Rock as Sander Loyer.

He was born on October 6, 1991, in Los Angeles, California, USA. Roshon was born as Roshon Bernard Fegan. He was born to Filipino mother Cion Fegan and father Roy Fegan, an African-American actor and producer. He has a sister named Fatima Fegan. At the age of 18 months, he made his first TV appearance on a national soda commercial.

Fegan holds American citizenship and his ethnicity is African-American and Filipino.

Furthermore, he is also a rapper, producer, songwriter, and has released around 10 singles under the name RO SHON.

He was nominated for Young Artist Award in the category Outstanding Young Ensemble in a TV series for ‘Shake It Up’ in 2012 and 2011.

There was a rumor swirling that he was a gay but the rumor is completely a hoax.

Roshon Fegan has dark brown eyes and black hair. He stands a height of 5 ft. 8 inches and he weighs 73 kg.