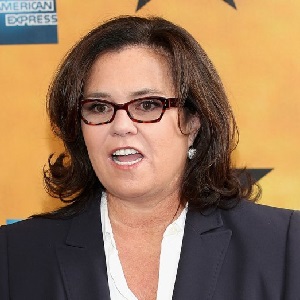 The gray has gone away. I am living in bright Technicolor

Rosie O’Donnell has been married and divorced twice in her life. She married Kelli Carpenter, a former Nickelodeon marketing executive on February 26, 2004.

Carpenter and O’Donnell had four adopted children together; Parker Jaren O’Donnell, Chelsea Belle O’Donnell, Blake Christopher O’Donnell, and Vivienne Rose O’Donnell. Their marriage was annulled in August 2004. After that, she married the American consultant Michelle Rounds on 9 June 2012. They began dating each other back in mid-2011. They together adopted a daughter on January 9, 2013. They separated in February 2015.

In February 2015, O’Donnell filed for divorce from Rounds after two years of marriage. Their divorce was settled in October 2015. Since then, she has not been in any relationship until now. According to the records, she is single at the present time.

Who is Rosie O’Donnell?

Rosie O’Donnell is an American stand-up comedian and actress. She is also popular as an author and TV personality.  She is best known as the talk show host of The Rosie O’Donnell Show. She is also famous as the cast member of the TV sitcom Gimme a Break (1986-1987), in which she appeared as Maggie O’Brien. She currently plays Rita Hendricks in the series The Fosters (2014-present).

Rosie was born as Roseann O’Donnell on 21 March 1962, in Commack, Long Island, New York, USA. Rosie is an American by nationality and is of Irish-American ethnicity.

She is the middle of five children of Roseann Teresa, a homemaker and Edward Joseph O’Donnell, an electrical engineer. Her mother died when she was ten years old. Her sister’s name is Maureen O’Donnell and brother’s name is Daniel J. O’Donnell.

She was educated at Commack High School. After high school graduation in 1980, she attended Dickinson College. Later, she transferred to Boston University. When she was 18, she dropped out of college to pursue her career in acting filed. Before fame, she worked in a departmental store

Rosie began her career as a standup comedian in 1979. She got her first big break in 1983, on the American television show Star Search. In 1986, she was cast as a cast member in the TV show Gimme a Break!, in which she played the role as Maggie O’Brien. She made her movie debut playing Doris Murphy in A League of Their Own (1992).

In 1996, she began hosting a daytime talk show, The Rosie O’Donnell Show. She won multiple Emmy Awards for the show. Since then, she has appeared in several movies and TV films. She began playing Rita Hendricks in The Fosters in 2014 and she still plays the role in the series. She also had roles in Hairspray Live (2016) and When We Rise (2017).

Rosie said that she was attracted towards Elisabeth Hasselbeck, an television personality and talk show host. However, later she tweeted that she had a crush on her but it was not sexual at all. So, she apologized if Elisabeth was worried.

She was criticized when she tweeted out a video speculating that the president Trumps’ youngest son, Barron may be autistic.

Rosie O’Donnell has a height of 5 feet 7 inches. Her body weighs 84kg. She has dark brown hair and light brown eyes. Furthermore, her body figure measures the size if 40-35-45 inches. Her bra size is 36D, shoe size is 10 US and dress size is 18 US.