Updated On January 29, 2023 | Published By: Ainsley
Share this
In Relation 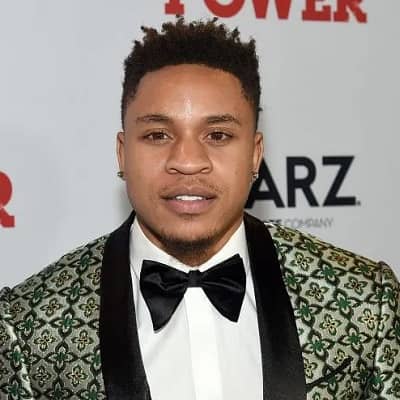 Rotimi is going to be Father for the 2nd Time!

Rotimi is engaged to Vanessa Mdee, Tanzanian Singer, on December 2020.

The pair has welcomed a baby boy on September 29, 2021. Now, they are expecting their second baby together, a baby girl. The pair announced their pregnancy news on Instagram in November 2022.

Rotimi is an American actor and singer. Also, he is the founder and CEO of FrontSeat Productions. As an actor, he is mostly known for his roles in Divergent (2014), Power (2014), and Coming 2 America (2021).

Rotimi was born on November 30, 1988, in Maplewood, New Jersey. As of 2022, he is 33 years old. In terms of nationality, he holds an American identity. His birth name is Olurotimi Akinosho.

He was born to Nigerian parents, where his father worked as an investment banker of Yoruba origin, whereas his mother is of Igbo origin, and worked for the government. His father’s name is Segun Akinosho.

He enrolled at Columbia High School. Later, he continued his studies at Northwestern University where he graduated with a bachelor’s degree in Communication with a major in Business in 2010.

Furthermore, he made his first appearance in the movie Black Nativity (2013). Later, he starred in Imperial Dreams, which won “BEST OF NEXT” at the 2014 Sundance Film Festival.

He was next featured in the successful film, Divergent (2014). Also, he appeared in the 2016 film Deuces opposite Lance Gross and Larenz Tate.

Rotimi released two digital mixtapes, The Resume and While You Wait (2011). His videos have appeared on international and domestic entertainment media such as MTV, MTV Base, and VH1 Soul.

Olurotimi has played for Jennifer Hudson, T.I, Estelle, and NERD on stage and has been appearing on BET’s show 106 and Park and in R&B singer Keyshia Cole’s song “Trust and Believe“.

Being an actor and singer, Rotimi has accumulated a wealthy sum of money from his profession. As per the reports of 2022, he has an estimated net worth of $1 million.

Throughout his professional career, Olurotimi has not been involved in any kind of controversy. He has kept himself away from unwanted scandals and rumors.

Rotimi stands tall at a height of 5 feet and 10 inches and weighs around 70kgs.

Talking about his physical appearance, he has a pair of black eyes with short curly black hair. Moreover, he has got a charming personality.

Rotimi and Fiancée Vanessa Mdee are Expecting a Baby Daughter!