Roxane Gay is a writer, editor, and social commentator who wrote Bad Feminist.

Roxane Gay is a bisexual woman and is currently engaged. She exchanged rings with Debbie Millman in Oct 2019. Her partner is a writer and artist.

They eloped in Aug 2020 and married in a civil ceremony. Their wedding was supposed to happen on 10 Oct 2020 but due to the COVID-19 pandemic, it was postponed.

This couple has not welcomed a child yet but they have a dog named Maximus Toretto Blueberry Millman Gay. 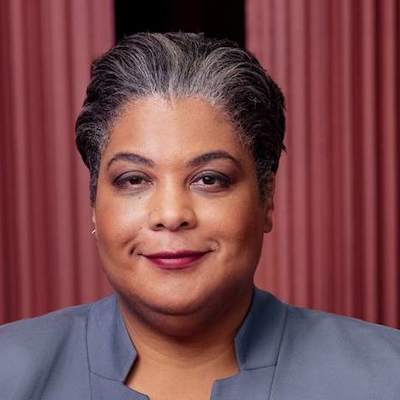 Who is Roxane Gay?

Roxane Gay is an American writer, editor, and social commentator. She is noticed for being the author of a hit book titled Bad Feminist.

She once taught at Eastern Illinois University and Purdue University.

Roxane’s ancestry is Haitian and as per her academics, she passed out from Phillips Exeter Academy in New Hampshire.

Then she attended Yale University for a while and did her undergraduate from Vermont College of Norwich University.

She completed her Master’s degree from the University of Nebraska–Lincoln in creative writing.

She was also honored by Guggenheim Fellowship, PEN Center USA, and more. Her first novel came out in 2014 titled An Untamed State.

Then in the same year, she published her The New York Times best-selling essay collection book Bad Feminist.

She and poet Yona Harvey wrote six issues of the World of Wakanda comic. Her collection of short stories named Difficult Women and a memoir Hunger came out in 2017.

Her latest publication a newsletter, The Audacity was published in Jan 2021.

Roxane’s other projects are The Banks (comic), Unruly Bodies (magazine), Gay Magazine (magazine), and Not That Bad (anthology).

Moreover, she was also a columnist in the U.S. Guardian, a judge in The Master’s Review, and editor of The Butter.

She also did a podcast with Tressie McMillan Cottom titled Hear To Slay. It is about interviewing influential black women.

Currently, it is said, her net worth is around $1 million US. However, her salary and other earnings are unknown.

This celebrity writer is keeping herself away from rumors and scandals. But when she was only 12 years old, her boyfriend and his friends sexually assaulted her.

Regarding Roxane Gay’s body features, her height is 6 ft 3 inches and her body weight is average.

Moreover, she has dark brown eyes and her hair color is black. She has a medium skin complexion and her body stats are unknown.

She lost 85% of her stomach because of a sleeve gastrectomy surgery in Jan 2018.

Roxane is available on social sites. Her Facebook and Instagram accounts have more than 97k and 281k followers respectively.