Roxann Dawson is an American actress, director, producer, and writer. She has been married to Eric Dawson and is the mother of two children. 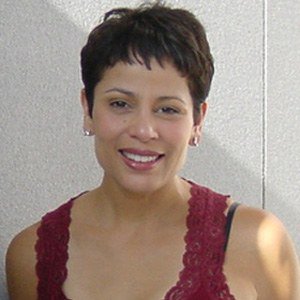 How long Roxann Dawson has been married?

Roxann Dawson is a married woman. She has been married to Eric Dawson since May 1994. Eric is a casting director. The duo met for the first time while working on the series ‘Nightingales’.

How many children does the couple have?

The couple shares two children: Emma Rose Dawson(b. January 16, 1998) and Mia Mecai Dawson(b. October 31, 1999). Mia was adopted from China and the whole family is living together and spending quality time with each other.

Who is Roxann Dawson?

Roxann Dawson is an American actress, director, producer, and writer, who is best known for her role as B’Elanna Torres on the television series ‘Star Trek: Voyager.

Dawson was born on September 11, 1958, in Los Angeles, California, USA. Her other names are Roxann Biggs and Roxann Biggs-Dawson. She is currently 64 years old. Her father’s name is Richard and her mother’s name is Rosalie Caballero.

Roxann holds American citizenship but her ethnicity is unknown.

Talking about her education history, she graduated from the University of California, in 1980.

She debuted her acting career in a Broadway production of ‘A Chorus Line. Then, she appeared in the NBC drama ‘Nightingales’ in 1989, and during that time, she met her second husband, Eric Dawson.

After that show was canceled, she was cast in a guest role on ‘Matlock’ and ‘Jake and the Fat Man.

Roxann portrayed the role of the half-human/half-Klingon engineer B’Elanna Torres on ‘Star Trek: Voyager in 1990 and in the meantime, she made her directional debut on the episode ‘Riddles’ in September 1999. She also directed 10 episodes of ‘Star Trek: Enterprise.

Roxann made her television appearances in ‘The Hat Squad’, ‘The Closer’, ‘The Untouchables, The Division, ‘’Coupling’, ‘Seven Days, and many more. She directed the episodes of ‘The O.C.’, ‘Charmed’, ‘Heroes’, ‘Cold Case’, ‘The Good Wife, etc.

In 1986, her first play, ‘Desire to Fall’ was produced by the Circle Repertory Company workshop and her second play ‘Passage Through the Heart’ was released in 1997 at the University of Minnesota Duluth.

She along with Daniel Graham co-wrote a trilogy of science-fiction novels, ‘Entering Tenebrae’, ‘Tenebrae’s Hope’ and ‘Tenebrae Rising’ from 2000 to 2001.

She has an estimated net worth of around $6 million as of 2022, and she has earned that sum of money from her professional career.

The talented actress has been successful in maintaining her celebrity status and she has not been involved in any types of rumors and controversies in her career.

Roxann has dark brown eyes and dark brown hair. Her body measurement is 33-26-33 inches. Her bra size is 38B.

She has around 41k followers on Twitter, but she has kept her information hidden from her Facebook followers. Also, she does not seem to be active on Instagram.