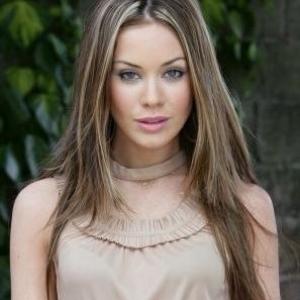 I'd live in Glasgow if I could. I can't praise it enough

My mum certainly isn't a prude, nor is my brother, so I think I'm lucky to have a family like that

If I could have any power, I think flying would definitely be up there! Along with speaking every language.

As we know, McKee is not very open about his personal life, including his past relationships, affairs, and current relationship. Rosanne McKee is currently single and happy.

Prior, she had an affair with Gary Sewell. He is an entrepreneur in the year 2009.

Who is Roxanne McKee?

Roxanne McKee is an English actress and model. She is best known for playing Louise summers in the British soap opera Hollyoaks, as Doreth in the American fantasy drama series Game of Thrones and as Lady Claire Riesen in the American supernatural series Dominion. She has also starred in movies like Wrong Turn 5: Bloodlines, Vendetta and The Legend of Hercules.

Roxanne Mckee was born on August 10, 1980, in Canada. SHe has dual nationality i.e., British and Canadian. Her ethnicity is North American.

McKee is not very open about his personal life, there are no any clues about her parents and siblings.

She completed a BA degree in Social Policy & Political Studies at Royal Holloway, the University of London in 2005.

After completing her BA degree, McKee rose to fame by winning Hollyoaks on the Pull, a Channel 4 initiative to discover new talent for the popular British Soap Hollyoaks. Upon selection, Roxanne was cast as Louise Summers in Hollyoaks. After it was confirmed that Roxanne McKee had quit her role of Louise Summers, she departed on-screen in December 2008.

In 2008, McKee appeared in the Taio Cruz video for “She’s Like a Star”. The following year, McKee filmed parts in Johannes Roberts’ hooligan horror film F and BBC Two’s The Persuasionists. In July 2009, McKee became the face of Clothes Show life, Stating: “I’ve always watched it on TV and wanted to go, so I’m very flattered to be part of such a huge event”.

In 2010, she was cast in a small role in online drama EastEnders: E20, playing bisexual character Pippa. After modern lesbian drama Lip Service for BBC Three set in Glasgow, McKee played the part of Doreth in Game of Thrones, an HBO series based on the best-selling epic fantasy series of novels written by George RR Martin. In May 2012, McKee was announced as a part of horror sequel Wrong Turn 5: Bloodlines.

Roxanne Mckee: Salary and Net Worth

Rosanne McKee has estimated the Net worth of around 0.95 million pounds.

Roxanne has the height of 5 feet 7 inches. Her body weighs 56kg. She has light brown hair and green eyes. Her body measurements are 34-24-35 inches. Furthermore, her bra size is 32B, dress size is 4 and shoe size is 8.5.

Furthermore, also find out more about the early life, career, net worth, relationships, and controversies of actress and model like Jackie Sandler, Candice Bergen, and Candice Michelle.