Actor-dancing Rozonda Thomas is low key about her romantic life. 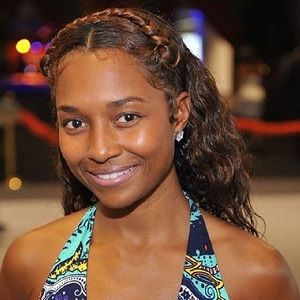 Being natural is incredibly empowering for women because it's just who you are. You're embracing all the beautiful things about you from your head to your toes. Because when you mask so much of your natural beauty, people don't get to see that.

We want every generation to know a little something about TLC.

Rozonda Thomas initiated dating Dallas Austin at an early age. She then became pregnant for the first time at the age of twenty. However, she chose to have an abortion.

Later, she gave birth to a son named Tron Austin in June 1997. The couple broke up later on.

She also dated Usher for a short while.

Currently, she is living a single life happily along with her child.

Who is Rozonda Thomas?

She is well-recognized for her work in the female pop group named TLC, one of the best-selling girl groups of the 20th century.

This singer was born Rozonda Ocelian Thomas on 27th February 1971 to Abdul Ali and Ava Thomas in Atlanta, Georgia, in the United States.

Further, her mother is of Native American as well as African-American descent, while her father is of Middle Eastern and East Indian Background.

Besides, her mother raised her and didn’t allow her to meet her father until she was 25 years old. The detail of her childhood is currently unavailable.

In discussing her educational background, she joined Benjamin E. Mays High School and graduated from there in 1989.

On talking about her career and profession, Rozonda Thomas firstly initiated working for the R&B group Damian Dame as a backup dancer after graduation from High school. She then joined the pop group named TLC in 1991.

In February 1992, she along with her team released their debut album ‘Ooooooohhh… On The TLC Tip‘ which got peaked at the 14th position on the US Billboard 200 chart and was a huge success.

In addition, she appeared in the Christmas TV film entitled ‘A Diva’s Christmas Carol’ with the main role in the year 2000. Also, she performed on various TV shows such as ‘The Parkers’ and ‘Living Single’. Other, she appeared in films such as ‘Snow Day’ and ‘Hav Plenty’ as well.

Similarly, she appeared in the American reality TV series called ‘What Chilli Wants’ in 2009. The show focused on her quest to find true love. Besides, she performed in different episodes of the TV drama series named ‘Single Ladies’.

Later on, she performed a supporting role in the biographical film named ‘Marshall’ in the year 2017.

On talking about her lifetime achievements and awards, Rozonda Thomas had won two Grammy Awards in the year 1996 as a member of the group TLC i.e., the first one for ‘Best R&B Album’ for the album ‘CrazySexyCool’ and the other for ‘Best R&B Performance’ for their song ‘Creep’ from the same album.

in the same way, she gained three Grammy Awards along with the group in 2000 i.e., the first one for ‘Best R&B Album for the group’s third album ‘FanMail’, the second and third ones for ‘Best R&B Performance’ and ‘Best R&B Song’ for the song ‘No Scrubs’.

Yet, she has not been any part of the rumors or the controversies as she is able to maintain her professional and personal life.

However, Thomas took a stand against cyberbullying in the year 2013 after her son Tron was a victim. Because of her son’s apparel, the gossip site MediaTakeOut.com targeted him and questioned his sexuality.

In response, to stop staff members from gossiping about minors entirely and to get the article deleted from the site, Thomas created a petition through change.org.

She mentioned what cyberbullying is and statistics regarding some of the victims in her petition. Then, the site removed the article issuing an apology to her son.

On talking about her body measurement, Rozonda Thomas has a slim body with unknown body statistics. Besides, she is 4 ft 11 tall with a bodyweight of 49 Kg.

Wayne Brady and Rozonda ‘Chilli’ Thomas are in a relationship! Also see their past affairs and marriage. Chilli’s ex-boyfriend Usher