Updated On November 15, 2022 | Published By: pritishma pradhanang
Share this
Single 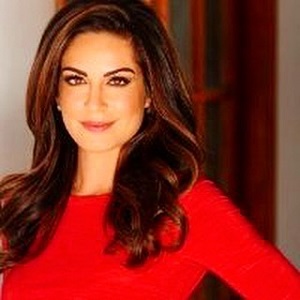 What is the relationship of Rudabeh Shahbazi?

She hasn’t mentioned her affairs publically and has been able to manage to keep it low profile. There is no record of her marriage and divorce until now.

She is beautiful and has many fan followers especially men. She also celebrates her birthday with them but she hasn’t shared anything about her personal life.

Who is Rudabeh Shahbazi?

Rudabeh  Shahbazi is an American journalist, photographer, and editor. She is the host of public affairs in South Florida. She is one of the main anchors of WFOR-TV.

Rudabeh has interviewed the renowned leaders of society like politicians, newsmakers, entertainers. She is one of the journalists who were living during the Paris terror attack, the San Bernardino mass shooting, etc.

Rudabeh Shahbazi is born on 16 June 1980, in Germany. Her nationality is American and her ethnicity is Iranian.

Her father is one of the first members to settle in the US. She has a huge family and she loves spending her holidays with her relatives in Iran.

She says that her father is the biggest inspiration in her life and he is the one who expanded her horizons and shaped her life. Her childhood has been spent in New York, Boston, and La Grande Oregon.

When she had finished her degree from high school she continued her graduation in Arts from Pepperdine University majoring in journalism and minoring in sociology from 2000 to 2004.

After completing her graduation she joined the University of California-Berkeley Graduate School of Journalism and completed it in the year 2007.

Rudabeh’s career started when she finished her graduation and became an assistant in San Francisco for a year in 2007. As she used to work hard she was hired by KEPR as a reporter and multimedia journalist in the year 2008 – 2009.

In the same year, she joined KNXV from 2009 to 2011 in Phoenix, Arizona. She again joined as a reporter, fill-in anchor, and multimedia journalist in KABC in Los Angeles, California in May 2011.

Then, she worked as a morning anchor in WFOR for three months and became an evening anchor.

Her accurate net worth is not mentioned. But seeing her fame and her hardworking nature, we can assume that her net worth has increased tremendously.

Unlike other journalists, Shahbazi hasn’t suffered from any rumors or controversy. Through any sources, her Rumours and controversy are not known to us.

Rudabeh Shahbazi has a good height of 5 feet 8 inches. She has dark brown hair color and her eye color is brown. There is no information about her height, weight, and shoe size.