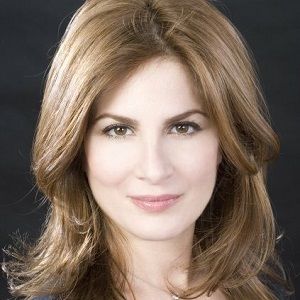 Rudi is an unmarried woman. Previously, she was in a relationship with American TV News host Steve Overmyer. However, the couple couldn’t continue their relationship and broke up soon after that.

Since then, she has not been linked up with anyone to date. So far, Rudi has kept all her personal matter so private that no one is aware of it. Furthermore, she has not seen anyone in the public and media. Currently, she is enjoying her single life and living elegantly.

Who is Rudi Bakhtiar?

Rudi Bakhtiar is an American producer for Reuters in Washington, D.C. She is popular for anchoring CNN Headline News Tonight, a prime-time national three-hour newscast in the United States.

Previously, she has also hosted some famous shows such as anchoring CNN Headline News Tonight, a prime-time national three-hour newscast in the United States.

Rudi was born on June 21, 1966, in Fresno, California, United States. She is American by nationality and her ethnicity is unknown. She has a younger brother and younger sister. Talking about her early life, she grew up in Iran along with her parents until the 1979 Iranian Revolution.

During her childhood, she had a keen interest in whitewater rafting, waterskiing, snow skiing, horseback riding, tennis, and a few more stuff.

Concerning her education, Rudi earned a bachelor of science in biology in 1990 from the University of California, Los Angeles. Additionally, she also studied architecture at the Career Discovery Program at the Harvard School of Design.

Furthermore, she has also co-anchored CNN’s Emmy nominated CNN Newsroom. Moreover, the legendary host has also served as a dedicated correspondent for Anderson Cooper 360. Her notable works also include the September 11 attacks. After 10 years, she left CNN.

Soon after that, Rudi joined Fox News Channel as a general correspondent. During her time at Fox News, she reported major international news stories such as the Ahmadinejad-al-Maliki summit in Tehran in September 2006 and the trial and execution of Saddam Hussein. However, she had to leave the channel after a complaint of alleged sexual harassment. Back in 2008, she also became the first director of public relations for the Public Affairs Alliance of Iranian Americans.

Being a popular journalist of CNN and Fox News, Rudi earns a handsome amount of money from her profession. However, her salary and net worth are unknown.

Once, Rudi was dragged into a controversy after she complained to Fox News about alleged sexual harassment by Brian Wilson. However, Brian denied the news, and finally, Fox News agreed to pay Bakhtiar the $670,000 remaining on her contract and her legal fees. Besides this, there are not any drastic rumors regarding her personal and professional life.