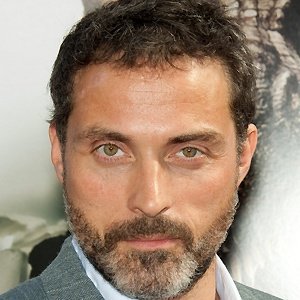 People talk about opportunity knocking, but the gate was always swinging in the breeze before I got to the door

The reason I am unemployed for six months out of every year is because I have to turn down most of the films I'm offered. If I didn't, I'd only ever play a dark, satanic count on a horse

I've always believed very, very strongly that the way you treat people is more important than anything, professionally or otherwise.

Rufus Sewell has been married twice. In 1999, he married to Yasmin Abdallah, she was an Australian fashion journalist.

Yasmin Abdallah and Rufus got divorced a week later after their marriage. Then in 2004, he again got married to Amy Gardner who was a scriptwriter and producer.

In 2002, their son was born, his name was William Douglas Sewell. They also have a daughter. In 2006, they decided to separate from each other.

Now, he has been focussing on his career and spends time on his projects.

Who is Rufus Sewell?

Rufus Sewell is an English actor. He is well known for his role in some movies like Kenneth Branagh’s rendition of Hamlet in 1996, playing Fortinbras, The Woodlanders, Dangerous Beauty, Dark City, A Knight’s Tale, The Illusionist, Tristan and Isolde, and Martha, Meet Frank, Daniel, and Laurence.

Rufus Sewell was born on the 29th of October, 1967 in Twickenham in England, UK. His nationality is British and ethnicity is mixed(English, Welsh).

In 1989, he was graduated after 3 years at London’s Central School of Speech and Drama.

Rufus Sewell gave a start to his career when he made, his London stage debut “Making It Better” for which he won the “Best Newcomer Award” later. He also performed the roles of Septimus Hodge in Tom Stoppard’s “Arcadia” which was finally nominated for Oliver Award.

Rufus received another award of  Broadway Theater World for the movie “Translations”. He attended many movies like Twenty-One in 1991, the sweet bus driver in “A Man of No Importance ” in 1994, and the volatile artist in Carrington in 1995, The lustful son in Cold Comfort Farm in 1995, the protagonist hounded Dostoevsky-like in Dark City in 1998, the star-crossed suitor in Dangerous Beauty in 1998, The Very Thought of You in 1998.

He has been a part of many other movie TV series and dramas where he has received different sorts of Awards for his hard work.

Rufus has a net worth of $ 5 million. His salary is not known.

Rufus Sewell an English actor who is very curious about his personal life. There were some rumors that he and his wife are getting a divorce. It was bad news for his fans but was also regarded as the true news.

Rufus Sewell has a height of 6 feet. His body weighs 82kg. He has dark brown hair and hazel brown eyes.