Rukiya Bernard is a Canadian actress, producer, and interior designer. She is known for her role in Van Helsing, The Cabin in the Woods, The Day the Earth Stood Still, and Stuck. 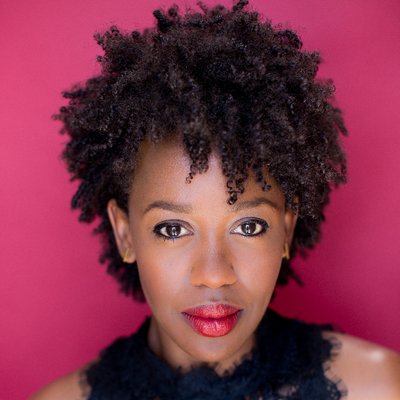 Rukiya Bernard is a married woman. Her husband’s name is P.J. Prinsloo who is South African famous for his notable roles in Edgemont and Battlestar Galactica.

From their wedding, they also shared two children, a son, and a daughter whose identities are not yet revealed. Their daughter was born on the 1st of May, 2010.

Who is Rukiya Bernard?

Rukiya Bernard is a famous Canadian actress who is known for her role as Doc in Syfy’s ‘Van Helsing’,  ‘The Day the Earth Stood Still’, ‘Stuck’, and ‘The Cabin in the Woods’.

In addition, she is a well-recognized producer and interior designer.

She was born on January 20, 1983, in Toronto, Ontario, Canada. Her birth sign is Aquarius. She was born to father Gilbert Bernard (a car wash owner) and mother Nyakiringa Magugu (an African art store owner).

She was immersed in sport and art programming during her childhood days and also took part in basketball and also learning classical ballet, karate, piano as well.

Bernard holds Canadian citizenship but her ethnicity is unknown.

She attended Ryerson University where she performed in theatre programs and she completed her graduation with honors.

She started her acting career by appearing in a supporting role at Our America as Sophie Newman in 2002. After that, she appeared on the CW hit television program Supernatural and then appeared in some exciting roles in movies such as ‘The Day the Earth Stood Still’ (2008), ‘The Cabin in the Woods’ (2012).

In addition, she made her appearances on the USA Network hit television series, Fairly Legal and in numerous hit series such as SyFy’s Van Helsing, A&E’s The Returned, Hallmark’s The Gourmet Detective, NBC’s Eureka, Showtime’s The L Word, SyFy’s Sanctuary and SGU Stargate Universe, Lifetime’s Witches Of The East End and BBC America’s Intruders.

Her other notable performances include The Cabin In The Woods, That Burning Feeling and Stuck. Besides, she is also an interior designer where she has appeared on two seasons of HGTV hit reality television show, The Stagers.

Furthermore, Rukiya was also a hip-hop dance troupe as ‘the Phem Phat Dancers.’ She is a professional dancer who trained in the ballet and jazz dance form from the Opera Atelier.

Even she has worked for her family’s wholesale and retail business of crafts and accessories of the Asian and African continent.

She has an estimated net worth of around $500 thousand and her salary is around $51 per hour and $50 thousand per year.

Rukiya Bernard has a height of 5 feet 6 inches with an average weight of 54 Kg. Similarly, her body measurement is 34-26-33 inches, and has dark brown hair and dark brown eyes.

To know more about Carly Hughes, Brian Puspos, and Nicole Kang, please click on the link.