On talking about his relationship, he has been in a relationship with English actress Keira Knightley, whom he met when filming Pride & Prejudice from2005  to 2010.

He then started dating an American athlete and actress Aimee Mullins in 2013. They got engaged in December 2014. Later on, the couple got married on 1 May 2016. There is no record of his child at the current time since it has not been disclosed. 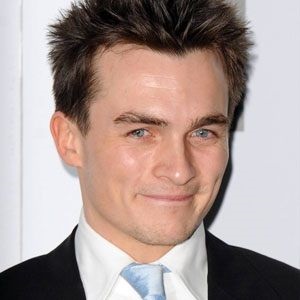 I can only go places because I know that I can go away from them if that makes sense. I like the gypsy lifestyle that filming affords.

Edinburgh is so cultural and such a beautiful place to walk around.

I like Scottish people because they feel very true. They're always level and straight. They get a reputation for being hardened because of it, but I find them to be scrupulously honest people.

I don't really use the Internet or the newspapers to find out about people.

I'll tell you, there's no goodies and baddies in the world, there are just people with intentions that sometimes clash.

I really admire artists who take the time to recharge their batteries and not continually call on it. I think you can spot tired and jaded artists quite quickly.

I believe that if you can discover something of the truth of a person, then you will start to understand, and to understand is to move towards, if not like, then at least an empathy of some kind.

Who is Rupert Friend?

Rupert Friend is a director, actor, producer, and screenwriter. Rupert Friend is popular for performing in the 2005 film Pride and Prejudice with the roles of Mr. Wickham, in the 2008 film The Boy in the Striped Pyjamas as Lieutenant Kurt Kotler, in the 2009 film The Young Victoria as Prince Albert,  in the 2015 film Hitman: Agent 47 as Agent 47, and in the movie The Death of Stalin as Vasily Stalin, son of Joseph Stalin.

Rupert Friend was born as Rupert William Anthony Friend in Stonesfield, the United Kingdom on 9th October 1981. He is the son of Nicholas Friend and Caroline. His mother is a solicitor while his father a cultural historian.

There is further no more information regarding his childhood at the current time since he has not yet revealed it to the public.

On talking about his educational background, he joined The Marlborough School located in Woodstock. He then headed forward at the Cherwell School and d’Overbroeck’s College in Oxford to take A-levels. Moreover, the actor gained his professional acting training in London at the Webber Douglas Academy of Dramatic Art.

On talking about his career, after seeing Indiana Jones and the Last Crusade in 1989, he desired to be an archaeologist and move around the world but he knocked out the idea after self-realization that the occupation is not as money productive and advantageous as he had expected. Indeed, he moved ahead in acting, where Harrison Ford inspired him.

Furthermore, He appeared in a stage production of The Laramie Project with three minor roles. Another, he started his acting debut in the 2004 film The Libertine as Billy Downs from The Weinstein Company. Besides, he received the first starring role in the film adaption of Mrs. Palfrey at the Claremont as Ludovic Meyer in 2005.

Additionally, he established his own production company namely Beat Pictures. He then started his directorial debut through a short film,  Steve in 2010. The movie cast Tom Mison, Keira Knightley, and Colin Firth. Besides directing, he used to produce and write the film, that later included in the 2012 compilation Stars in Shorts.

Rupert Friend was nominated for BIFA Award for Best Supporting Actor for Starred Up. He also was nominated for three various awards. Moreover, At the 2005 Satellite Awards, he was entitled “outstanding new talent”.

Rupert Friend: Salary and the Net worth

Currently, there are no records of his salary available since he has not disclosed to the media. He has an estimated net of $4 million as of 2022.

Since he has been keeping her personal life far from the media,  he has not got into any controversy and has no any rumors regarding his personal and professional Life.

Rupert Friend has a height of 6 feet and 1 inch. His body mass is currently unknown. He possesses black/brown hair color and dark brown eye color.

How many children do Rupert Grint and his girlfriend Georgia Groome have?