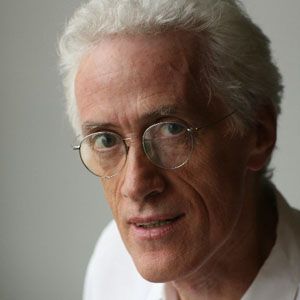 Although a famous musician, he was successful in hiding his personal information with the rest of the world.

Who was Rupert Hine?

Rupert Hine is an English musician, producer, and songwriter who has spent more than 45 years in the music industry and has produced more than 130 albums.

The commercial and eclectic musical perspective and accomplishments of Rupert has made him an obvious choice in the long list of music producers.

This musician passed away on 4 Jue 2020, at the age of 74. The reason behind his death is not yet revealed.

Born on September 21, 1947, in London, he had an English ethnic background and his nationality was British.

The educational background of Rupert has also been left to speculations and guesses as no official information regarding the matter is available.

Rupert Hine’s initial work was as a recording artist. He formed half of the folk duo Rupert & David in the early sixties. Occasional performances were conducted by the duo in various pubs and clubs. The duos single includes a cover of Simon’s “The Sounds of Silence”.

Although the single didn’t receive much praise, it featured young Jimmy Page and Herbie Flowers which became notable in their future days. His two albums titled ‘Pick Up a Bone’ and ‘Unfinished Picture’ were released in the early 70s.

The band later separated and then Rupert released albums ‘Immunity’, ‘Waving not drowning’, and ‘The Wildest Wish to Fly’. He also recorded the other three albums under the name of Think-man.

The albums recorded were ‘The Formula’, ‘Life is a Full-Time Occupation’, and ‘Hard Hat Zone’.  In 1994, Rupert formed a band with guitarist Phil Palmer, Paul Carrack, Steve Ferrone, and Tony Levin. The record labels that he has been associated with include Ariola Records, A&M Records, and Purple Records.

Known mostly as a music producer, Rupert has produced more than 100 albums in his career. Some of the album artist he has associated with include ‘The Power Station’, ‘Tina Turner’, ‘Howard Jones’, ‘Suzanne Vega’, ‘Bob Geldof’, Fixx, Rush’, Stevie Nicks’, Spin 1ne 2wo’, Duncan Sheik’. Although not a success commercially, Rupert’s eleven albums that he has recorded has gained praise among the musician around the world making him a respected musician of this age.

Rupert was working on a new music company venture with his long-time friend and lyricist, David MacIver Robinson since September 2003.

Rupert Hine: Salary and Net Worth

The exact amount of Rupert’s salary and net worth was not known at the moment.

No rumors involving Rupert can be found at the moment. He had not been involved in any controversies to date and has been successful in maintaining a good public image.

Rupert Hine had light hair and brown eyes. Furthermore, there are no details regarding his height and weight.

Barry Manilow struggles with his sexuality for a longtime; Know about his relationship, marriage, and career