Director Rupert Sanders is a father of two. 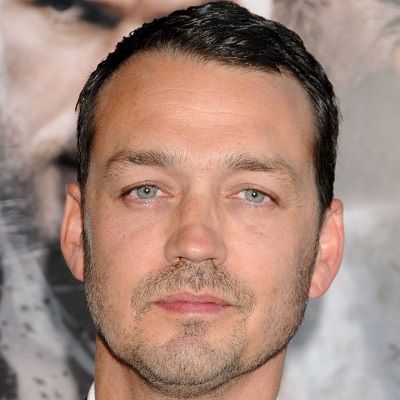 Our story is a 'once upon a time', but it's not a 'happy ever after'

I mean, you know, sometimes, yeah, you wish for something and you don't get quite what you wish for. But you get something bigger and better

We just did the best we could with quite a limited budget, to be honest, and had a lot of success.

Rupert Sanders was married to Liberty Ross in 2002 and also has two children with her. One son, Tennyson, and one daughter, Skyla.

Unfortunately, after his public scandal with Kristen Stewart, his marriage ended up in a divorce in 2014. Currently, the director is single.

Who is Rupert Sanders?

Rupert Sanders is a British director famous for his work on Snow White and the Huntsman. Furthermore, he has also directed TV advertisements like Life for Halo 3: ODST.

Rupert was born in Westminster, London on 16 March 1971. He was born as the eldest son of Thalia (née Garlick) and Michael Sanders. He has a younger brother. Additionally, his ethnicity is English and his nationality is British.

Rupert’s educational background remains unknown. There is no information about where he studied or graduated. All of this has not been revealed as of yet.

Rupert Sanders’ debut in feature films came in Snow White and the Huntsman, which was released in the United States in early June of 2012. The film’s budget was around $170 million, which included eight-figure marketing expenses, and grossed $20.3 million on just its opening day in the United States. The movie grossed around $396,592,829 at the box office.

Additionally, he also directed a movie adaptation of the science-fiction manga franchise Ghost in the Shell, with Avi Arad and Steven Paul as producers and starred Scarlett Johansson.

According to some online sources, the British movie director has an estimated net worth of around $15 million. Additionally, his net worth is such a huge figure because of his works on famous advertisements and for his one movie. Snow White and the Huntsman alone grossed around $396 million. However, his annual salary is still under review. His primary source of income is film directing.

Rupert had an affair with Twilight and Snow White star actress Kristen Stewart. This affair was made public by US Weekly in 2012. Moreover, he was married to Liberty Ross and had two children when this happened.

This affair ended up their marriage and the pair ended up getting a divorce after two years. They had been from 2002. This affair caught the public eye and caused quite a stir on social media with fans of Kristen shocked and Robert Pattinson‘s fans devastated.

Rupert Sanders stands tall at a height of around 6 feet 3 inches. However, his weight is unknown. Additionally, he has green eyes and dark brown hair.

You may also like to read about the bio, career, net worth, body measurements of John Crowley, Gavin O’Connor, Kristen Stewart.