Ruth Madoff is an American wife of a fraudster.

Ruth Madoff was married to Bernie Madoff whom she met at Far Rockaway High School. She exchanged vows with him on 28 Nov 1959 and has two children.

He kicked the bucket (age 82 years) on 14 April 2021 in Butner, North Carolina. He was admitted inside a federal prison, Federal Medical Center and the death cause was natural. 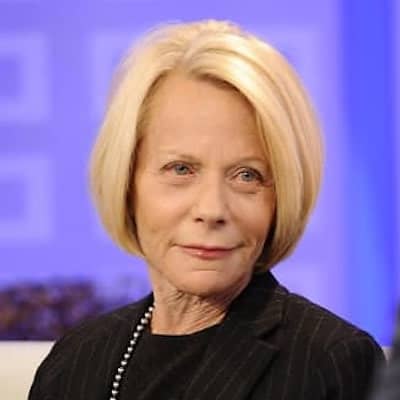 Source: guest of a guest

Who is Ruth Madoff?

Ruth Madoff is an American wife of a fraudster. Her late husband Bernie Madoff is a convicted financial scammer.

She was born on 18 May 1941 in Queens, New York, United States. The name of her father was Saul and her mother’s name was Sara.

Her dad was an accountant and passed away in 1999. Before three years, her mom took the last breath.

Her ancestry is Jewish and she has a sister named Joan Roman. Talking about her academics, she attended Far Rockaway High School and Queens College.

From the latter, she received her degree in Psychology, and then she enrolled at New York University. From here, she passed out in 1992 with MSc in nutrition.

Ruth Madoff is mainly known for being the wife of Bernie Madoff. She used to serve as the director of Bernard L. Madoff Investment Securities.

But after the revelation of the scam, she is now living with her former daughter-in-law.

He founded his company Bernard L. Madoff Investment Securities in 1960. He also created other companies Ascot partners and NASDAQ to scan the people.

When he told his sons, that he was unable to pay his clients and he has only $234 Million, they called the FBI. For this Ponzi Scheme, Barnie was arrested and was charged with several fraud-related cases.

He was sentenced to 150 years of prison for securities fraud, investment advisor fraud, mail fraud, wire fraud, money laundering, and false statements. Moreover, he was charged with perjury, making false filings with the SEC, and theft from an employee benefit plan.

At present, her net worth is estimated at around $2 million. However, her salary and other earnings are unknown.

She lived in a one-bedroom apartment and now stays in a $3.8M mansion in Connecticut. Previously, she had assets of $70 million but the money was taken by the government and by the trustees.

In March 2009, when Bernie was arrested he along with his wife’s net worth was $1 billion. It included cash, securities, and real estate.

This husband and wife also owned an apartment of $7M in Manhattan, $8M in The Hamptons, and a penthouse in New York City. Moreover, they were also the owner of properties in Palm Beach and France.

After this, the husband and wife also tried to kill themselves by consuming pills but were failed. Again, when Bernie died, the media followed her.

Regarding Ruth Madoff’s body features, her height and her body weight are average. Moreover, her eyes are blue and her hair is blonde.