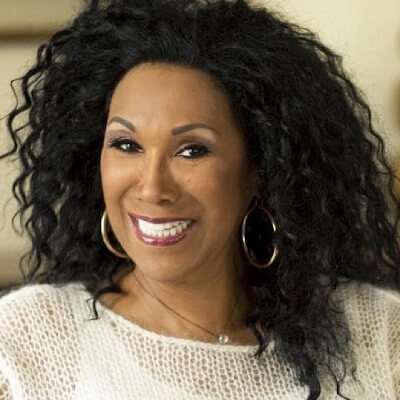 Ruth is currently a married woman. She was married to Michael Sayles on the 8th of September, 1990 and she has 2 children. The twins, a boy, Conor and a girl, Ali were born to the couple in 1993. Including the twins, Ruth has a total of 5 children.

Ruth has been married 4 times before Sayles and all the marriages ended in Divorce. Her first husband was Larry Woods with whom she was married on the 9th of August, 1964. They have 2 children together, a daughter Faun and a son Malik who were born in 1965 and 1966 respectively. Ruth and Woods got divorced in 1970.

Her 2nd marriage was with a man named Carl Abram which lasted from 7th of November 1973 till 1975. The marriage was short-lived and they didn’t have any children together. Ruth then married Dennis Edwards briefly in 1977 and they had a daughter, Issa in 1978. Issa would later join her mother and aunts in The Pointer Sisters.

Ruth and Dennis eventually separated in 1983. She then married the last of her ex-husbands, Donald Buyetter from 3rd October 1984 to 1988 before her current marriage with Michael.

Who is Ruth Pointer?

Ruth Pointer is a famous American Soul and R&B singer, well known in the music industry as a part of the talented and popular music group, The Pointer Sisters.

She has been responsible for the singing as well as songwriting in the group, which has earned them many awards and successes in their rather long career in the music industry.

Ruth Pointer was born on the 19th of March, 1946 in Oakland, California, the U.S. As of 2020, Ruth is 74 years old. She was born to Sarah Pointer (Mother) and Elton Pointer (Father) as the eldest of five siblings; three sisters, and two brothers.

Later on, she became a part of the music group, The Pointer Sisters which comprised of her and her three sisters, Bonnie, June, and Anita. She spent her childhood days in Oakland with her family and her ethnicity is African-American.

Talking about her educational background, Ruth graduated from the Oakland Technical High School in 1963. She did not pursue higher education though, and got married after graduation and worked as a keypunch operator before joining her sisters as a part of The Pointer Sisters.

Ruth joined her three sisters (Bonnie, June, and Anita) in The Pointer Sisters in 1972, as the last sister to join the group. However it was after the group became a quartet that they altered their music style and theme, and eventually got signed by Atlantic Records. They released their first album in 1973 and found fame with their songs such as Yes We Can Can. The album as a whole also did very well and their 2nd album Fairytale continued that trend. Only this time the 2nd album found even more success and even got the group their very first Grammy.

Their later singles such as Fire, He’s So Shy, and Slow Hand added to their success and in 1983, with the release of their album Break Out the group found its biggest success. Two songs from this album Automatic and Jump (For my Love) each won a Grammy. In both these songs, Ruth’s vocals were a significant part. Ruth’s daughter Issa joined the group in the 1900s and even though she is very old at the moment, Ruth is still active in the music industry.

Aside from her career in the music industry, Ruth also worked as an international spokesperson for the USO and worked for charities such as the Special Olympics and Best Buddies.

Ruth has not made the information regarding her height, weight, or other body measurements public and it doesn’t seem like she will be making the information public anytime soon. Aside from those physical attributes, her natural hair color is black and she has dark brown eyes.

As of 2020, Ruth Pointer has accumulated an estimated net worth of around $8 million. However, it’s much harder to estimate her annual salary in her most active years as it was a very long time ago and Ruth’s income sources were not limited to only singing.

Ruth Pointer is not very active on social media. However, she does have accounts on Instagram which she updates once in a while. As the accounts are very inactive, The Instagram account only has 930 followers and her Twitter has 1.5k followers.

You may also like to read more about the Bio, Career, Net Worth, Relationships, and more about Tameka Foster, Zabdiel de Jesus, Mike Shinoda, and more.