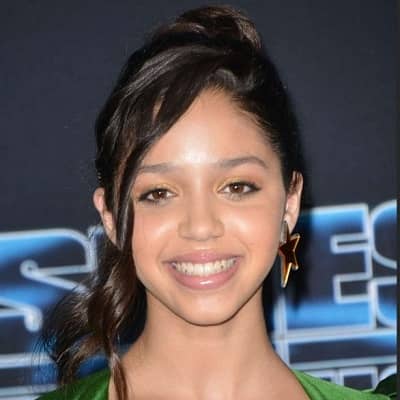 Ruth is at her young age to be in any kind of relationship as of now. She is now more focused on her studies and strengthening her career.

The actress may be blessed with a beautiful relationship in the upcoming days.

Who is Ruth Righi?

Ruth Righi is an American actress and model. She has developed as a professional teen actress and has earned immense fame in a short span as of now.

The actress has worked for movies like Happy, Sydney to the Max, and Ruth & Ruby Ultimate Sleepover.

Ruth Righi was born on September 7, 2005. Her birthplace is Santa Cruz, California, and later moved to New York. Her full name is Ruth Mouma Righi.

Ruth lives along with her parents and grandmother as of now. She acknowledges her grandma as her superhero of her life.

She has her acting and dancing classes at the young age of three. Likely, the actress also studied the piano when she was just five. Her early interest in performing directed her to a professional career in acting.

Ruth holds an American nationality and has African-American descent. The information related to her academics is not disclosed.

Ruth used to perform on Broadway in her early days. She has been featured in various Broadway productions including the School of Rock and Really Rosie! at a young age.

Ans the actress debuted on television from a tv show in 2018. She appeared as Wiseman #1 in an episode of the comedy-crime fantasy series, Happy! She is a professional teen actress and has earned immense fame in a short span as of now.

In early 2019, Ruth appeared in the leading role of Sydney Reynolds in the comedy series Sydney to the Max. Ruth is also into singing and even released her first single, Curl, on 11 May 2019, for Disney Channel Voices.u

At such a young age, she has amassed good fame and also might earn a good amount through her career. Her net worth is not revealed although.

Ruth prefers to be out of any such situations that can lead her name in the media as certain rumors or controversial news.

Ruth has an average height of 4 ft and has weighed 42 kg. Nonetheless, she is still at her growing age and her body measurement stats will be changing in the upcoming years ahead.

Similarly, she has dark brown colored hair, and eyes.