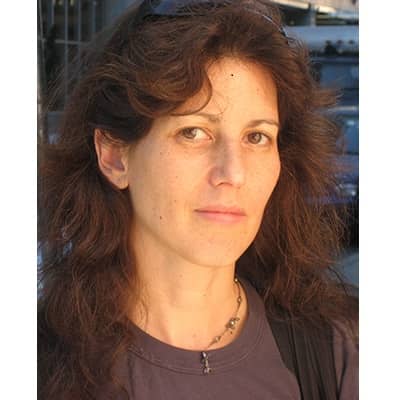 Ruth Sergel keeps her personal life lowkey. Therefore, there are no details available regarding her private life whether she is single or married. In further days, if she revealed anything about her personal life then we will update it.

Who is Ruth Sergel?

Ruth Sergel is an American director, writer, activist, and New York-based interactive technology designer. She is also a Resident Researcher at the Interactive Telecommunications Program at New York University Tisch School of the Arts.

Ruth’s personal details are under the curtain at the moment. There is no information available regarding her exact birth date, parents snd sibling’s details.

Nevertheless, it is known that she is an American nationality. Similarly, her academics background also hasn’t yet disclosed in the media.

Ruth is the writer and director of the 2004  Belle, a film made with a community of 80 – 93 years old women starring Marion Baker, Hope Bernstein, Candice Coke, Goldie Gols, and more.

Her other film CUSP premiered in 1998 at New Directors/New Films (MOMA) and aired on PBS and International Film Channel (IFC). Similarly, her film Bruce has been premiere at the Los Angeles Independent Film Festival in 2000 and aired on PBS.

Sergel is the founder and the leader of the Triangle Fire Coalition, a group form to create a permanent memorial to the Tringle workers. The Coalition grew into a national network of over 250 partners who created hundreds of educational, activist, and creative actions across the country.

Each year since 2004, volunteers fan out across the city to inscribe in chalk the names and ages of the Triangle dead in front of their former homes. All the creation of these projects and their impact is explained in her book, See You In the Streets: Art, Action and Remembering the Triangle Shirtwaist Factory Fire.

Also, she won the 2017 American Book Award for her first book, See You in the Street. Furthermore, she works across multiple mediums to appropriate technical courage while creating opportunities for community engagement. Also, her works have been supported by The Jerome Foundation, NYSCA, and so on.

To date, Ruth hasn’t faced any sorts of rumors and scandals that create headlines in the media. Also, she stays miles away from such controversial acts and disputes.

Sergel might have earned a handsome amount of fortune throughout his career. But she hasn’t yet revealed her actual net worth, salary, and other income in the media.

Sergel has a beautiful brown pair of eyes with brown hair color. Further, her other body measurement is still under review including her height and weight.

Likewise, she is also active on Twitter with around 300 followers. However, she is not available on Facebook.