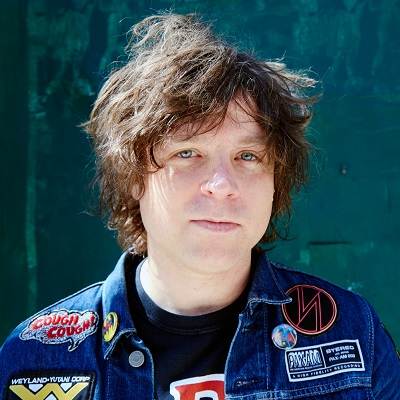 Previously, he was married to the actress, Mandy Moore (a.k.a Amanda Leigh Moore). They first met in 2008 and started dating. Later, in February 2009, they got engaged with each other. Moving forward, on the 10th of March 2009, they tied the wedding knot in Savannah, Georgia.

However, their married life could not flourish as they desired. Due to this reason, they made the big announcement of getting separated from each other on the 23rd of January 2015 via a joint statement. Eventually, they got divorced in June 2016.

Who is Ryan Adams?

American Ryan Adams is a multiple Grammy-nominated singer-songwriter and record producer. He is renowned for Rock and Alternative Country singing style.

He is also the founding member of the recording label, PAX AM.

Ryan Adams was born as David Ryan Adams on the 5th of November 1974 in Jacksonville, North Carolina. He is of British-Germanic ethnicity.

His father, Robert, and mother, Susan Adams were separated when he was five. Due to which, he had a rough childhood. Being homeless after his parent’s separation, he moved to his grandparents’ home along with his mother.

Susan got remarried when he was 13 years. Hence, he spent his entire childhood with his grandparents. Also, he shares a very strong bond with them.

He has two siblings including an elder brother, Chris Adam, and a younger sister, Courtney Adams.

Talking about the educational background, he attended Jacksonville High School. However, he dropped out of school in grade 10.

In 2000, Ryan Adams launched his debut solo album, Heartbreaker under the recording label, Bloodshot. Before that, he used to play for the American band, Whiskeytown. With the band, he released the album such as Faithless Street, Strangers Almanac, and Pneumonia.

Following the debut album, he released the second solo album, Gold that peaked at the 59th position in the US billboard chart. Also, it received Gold Certification in the UK.

In 2003, he formed the hardcore punk band, The Fringer with the singer Jessi Malin. Colin Burns and Johnny T. Yerington. The same year, the band come out with the EPs.

Moving forward, in 2005, he formed the rock band, The Cardinals. The same year, the band launched three albums Cold Roses, Jacksonville City Nights and 29. With the band, he worked for the years and gave back to back hits albums like Songbird and Cardinology. Later, in 2009, he left the band when he lost his hearing due to Ménière’s disease.

In 2010, he came back in the music industry via his 12th album, III/IV in the collaboration with his former band, The cardinals. In 2013, he formed the band Pornography and released the Ep, 7 Minutes in Heaven.

Last, in 2019, he made an announcement about the release of his upcoming three albums. That includes Big Colors and Wednesdays. He has not revealed the name of his third album.

Also, the royalties of the albums are the major source of his income.

Back in 2019, several women accused this singer of sexual misconduct. That includes her ex-wife Mandy Moore who accused him of the psychological abuse. For that, he apologized through his Twitter Tweet back then.

Recently, in 2020, he published an essay in Dailymail as an apology. Addressing the matter, his ex-wife, Moore said that she finds it curious that someone would make a public apology but not in a private manner.

Ryan Adams has blue eyes with brunette hair. He stands at a height of 5 feet 8 inches and weighs around 76 kg. Also, he wears the shoes of size 10 (US).

He also has a self-titled YouTube channel with more than 72.4k subscribers and around 50.3 million views.

You may also read the bio of Jennie Kim, Donald Faison, and Nadine Leopold.

Shocking break-up of Ryan Gosling and Rachel McAdams , Here is more about their relationship and dating history