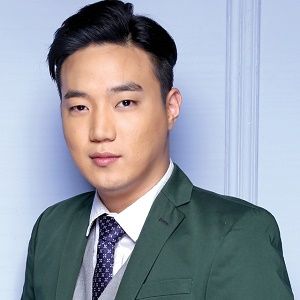 Ryan Bang is in a relationship. He is dating a girl named Sarah. She made the first appearance on his show, ‘It’s Showtime.’ It was a secret appearance made by his girlfriend.

Who is Ryan Bang?

Ryan Bang is a South Korean host, singer, comedian, actor and television personality. He has many Filippino fans after he participated on the show, Pinoy Big Brother: Teen Clash of 2010.

He was born on 16th June 1991, in Seoul, South Korea. His birth name is Bang Hyun-sung. His ethnicity is Korean and nationality is South Korean. His mother’s name is Shin Myeong-ja and father’s name is Bang Du-cheol. His father was a civil servant and his mother is a housewife.
He seems like a single child as there is no information about his siblings.

Talking about his educational background, he graduated from Reedley International School.

Ryan joined the South Korean reality television show, Big Brother in the year 2011. He did not win the show but he was a runner-up. Soon after the show was over, he got an offer to be a judge on the show, Showtime.

Other shows which he has hosted are 3ow Powhz, Banana Split, Matanglawin. In May 2014, he released his first album, I Lilly Lilly Like It: Ryan Bang Party Party Hits!.

Bang’s net worth and salary is not available. However, looking at his lifestyle, he seems to have a good income.

In 2013, there was a file suit against him for not paying the tax of 2011 and 2012. He was sued for 1.82 million, including surcharges and interests by the Bureau of Internal Revenue. The excuse which he made was that he was unaware of the protocols of the Philippine government against the income from the entertainment sector.

He has a well-maintained body structure with a decent height of 6 feet and weighs 80 kg. He has black hair color and eye color is dark brown. His shoe size is unknown.

Also, read the affair, salary, the net worth, controversy, and the bio of Zion, Raiza Contawi, Sung Kang, Suki Waterhouse