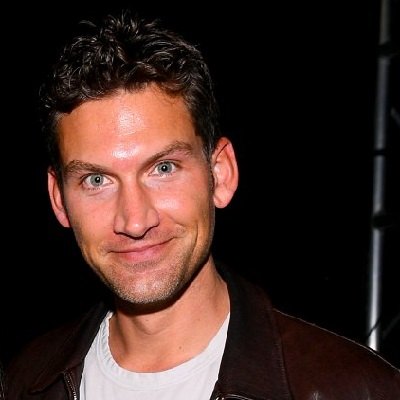 Ryan Biegel is happily married to Katie Lee. The couple got married on the 1st of September 2018.

The wedding ceremony took place at the Lo Scoglio da Tommaso hotel and restaurant at the Marina del Cantone, Italy. The event was attended by close friends and family.

Before that, the couple got engaged on the 23rd of March 2018 during their vacation at La Reserve Hotel in Paris. In February 2020, the couple announced that they are expecting their firstborn children. They have been struggling with fertility issues for a long time.

Together the couple is blessed with a daughter, Iris Marion Biegel (b. 2nd of September 2020).

Who is Ryan Biegel?

American Ryan Biegel is an actor and producer. He is renowned as the Producer of Top Chef and Best Bars in America.

Currently, he serves the company, Shed Media Group as the Senior Segment Producer.

Ryan Biegel was born on the 29th of December 1981 in Florida, the United States to Pete Biegel and Alice Biegel. He is of Germanic ethnicity.

His father, Pete used to be a banker by profession whereas his mother, Alice is a school teacher.

Concerning his education, he holds a double bachelor’s degree from Florida State University.

From the University, he graduated with Honors in Arts majored in English Language and Literature. Also, he earned a bachelor’s degree with Honors in Science.

Initially, Ryan Biegel stepped into the industry with an intention to be an actor. In 2001, he made a debut in movies with the film, Shallow Hal in character as Night Club Goer.

Apart from the movies, he has made his appearance in the TV series like Enlisted, Cougar Town, and Scrubs in some minor roles. In 2014, he gave up his career as an actor and explored his career as a producer.

In 2015, he produced his first TV series, Best Bars in Americas as an associated producer. The series became an earlier success as a producer.

In October 2016, he joined the Shed Media group. For the media group, he produced the series, The Real Housewives of New City as the segment producer.

Also, he got associated with the series like Beach Bites with Katie Lee, United Shades of America, and Top Chef as an associate and challenge producer. Later, in March 2017, he left the company.

After that, he joined the Ping Pong Production as the Advanced Field Producer. For the production house, he produced the series, Expedition Unknown.

After 7 months, he left the production house and rejoined the Shed Media Group once more. Currently, he is associated with the company as the senior segment producer.

His wife, Katie has an estimated net worth of $10 million. Her net worth is attributed to her career as a TV food critic, novelist, and cookbook author.

Ryan Biegel has blue eyes with brunette hair. He stands at a height of 6 feet 3 inches and weighs around 82 kg. His biceps size is 16 inches. Also, he wears shoes of size 12.5 (US).

Till the date, he has not been part of any sort of controversy and scandals that created a buzz in the media. Besides that, he also managed to maintain a distance from any type of rumors too.

You may also read the bio of Phil McGraw, Elinor Donahue, and George Lopez.