Updated On January 29, 2023 | Published By: Amit Niraula
Share this
Married 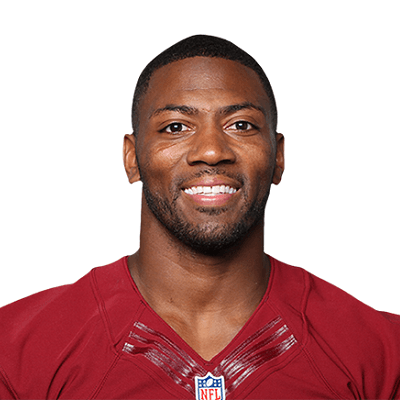 “Feels like I'm trying to urinate in front of a war crimes tribunal.”

“You have to think before you speak.”

“My patience has snapped like a 200 year old breadstick.”

What is the relationship of Ryan Clark?

Ryan Clark married Yonka Clark. He and his wife walked down the aisle in 2004.

Since then the couple has been living a happy married life with three children named Jordan (son), Jaden (daughter), and Logan Clark (son).

Who is Ryan Clark?

Ryan Clark is an American Football player, who played in the National Football League- NFL. He played as a safety player while playing on the ground.

He won the Vince Lombardi Trophy with the Steelers, defeating the Arizona Cardinals in Super Bowl XLIII.

Ryan was born as Ryan Terry Clark on October 12, 1979, in Marrero, Louisiana to father Michael Clark and mother Sheila Clark.

He has two siblings: Clemalita Clark And Chaz Clark. His ethnicity is All-American.

In 2002, he was selected to the All-SEC second team by the league’s coaches.

Clark ranked 3rd on the Tigers in 2001 with 88 tackles, including 36 solos, and also intercepted three passes.

In 1998, he was LSU’s special teams player of the year, including a 13-yard sack, he recorded five tackles, in the Sugar Bowl.

What are the body measurements of Ryan Clark?

Ryan Clark is 5 feet 11 inches in height and around 93 kg weight. His eyes and hair color are black.

In 2000, Clark was signed as an undrafted free agent. Clark played for the Giants for two seasons. He played in the first six games of the season 2002, all on special teams.

He was waived during the bye week and signed with the practice squad two days later, remaining there for the rest of the season.

Clark had a breakout season with the Giants in 2003, starting four games and appearing in every game, either on defense or special teams.

He posted 23 tackles, 17 solos, one sack, two pass deflections, and five special teams stops. Clark also appeared as one of the players for the Fictional Gotham Rogues team in The Dark Knight Rises.

In the 2004 season, he was signed as a free agent by Washington Redskins. Early in the season, Clark stepped in for injured safeties Matt Bowen and Andre Lott.

He played in 15 games starting 11. He led Redskin defensive back with 91 tackles and ranked fourth on the team in tackles.

In the 2005 season, Clark played 13 games making 57 tackles and three interceptions. Redskins decided to cut ties with Clark and signed Adam Archuleta to be their new starting safety.

Clark signed with the Steelers as a free agent on March 15, 2006, replacing former safety Chris Hope.

In the 2006 season, Clark played 13 games and started 12 of them, missing the final three with a groin injury. Also made 72 tackles, one interception, and three fumble recoveries playing free safety for the Steelers.

During training camp before the 2007 season, he remained a starter despite a position battle with the second-year player, Anthony Smith.

During the game against the Denver Broncos at Invesco Field at Mile High, he developed severe pain in his left side and had to be rushed to the hospital.

He lost 30 pounds after the treatment of his spleen and gall bladder removal, but he returns back to the Steelers in the 2008 season.

Steelers took the precautionary measure of deactivating him for four games played in Denver thereafter during Clark’s career with the team 2009 Monday night game, 2010 preseason game, 2011 playoff game, and the 2012 season opener.

At the end of the 2010 season, Clark and the Steelers appeared in Super Bowl XLV against the Green Bay Packers. He was a starter and recorded 8 total tackles in the 31-25 loss.

On March 31, 2014, Clark returned to Washington on a one-year contract. With DeAngelo Hall on injured reserve, he was named the Team’s defensive captain in his place.

He recorded the only interception of the season against Quarterback Andrew Luck in the loss against the Indianapolis colts on 30th November.

Clark was active in the community, participating in the 2002 United Way Hometown Huddle by conducting a football clinic at the Highbridge center for members of Alianza Dominicana, in Washington Height.

He joined the forces with students from the leadership in public service High School located at Ground Zero for “Operation PainFest.”

In 2012, he announced the formation of Ryan Clark’s Cure League to raise awareness about sickle cell traits and eventually find a cure.

In March 2015, Clark was signed by ESPN as an NFL analyst and regularly appears on NFL Live, Sportscenter, Mike&Mike, and First Take.

What is Ryan Clark’s net worth?

You may also read about the Birth Age, Professional Career, Education, Relationships, and Net Worth of Brett Rypien, Chris Cooley, Brad Green