Who is the wife of an American director Ryan Coogler?

Ryan Coogler has a beautiful name, Zinzi Evans. They tied the knot officially in 2016. They have two beautiful children named, Sienna and Win. As per the sources, the couple is expecting their third child.

Coogler seems to be very happy with his wife and kids.

There is no information regarding his past relationships and affair. 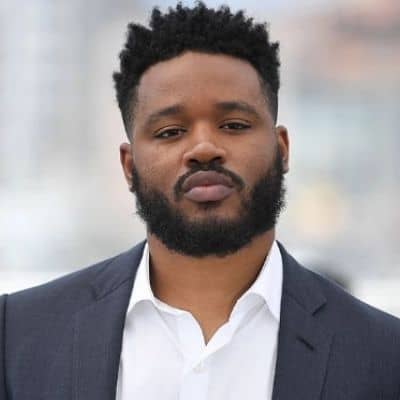 Who is Ryan Coogler?

Ryan Coogler is a well-known African-American screenwriter and director.

His debut movie, Fruitvale Station gained him lots of fame and earned him grand jury awards in the U.S. dramatic competition.

He is the co-writer and director of the movies like Rocky series, Creed,  and Black Panther.

Ryan Coogler was born to his parents Ira Coogler and Joselyn Coogler on May 23, 1986, in Oakland, Califonia, U.S.

Coogler is 36 years old and holds American nationality. His ethnicity is African-American and as per the astrologers, Gemini is his birth zodiac sign.

He was brought up with his brothers named, Noah and Keenan. His father is a juvenile hall probation counselor while his mother is a community organizer. His both father and mother are California State University, Hayward graduated students.

He was good at math and science. Later, he enrolled at Saint Mary’s College High School taking Chemistry as a major after getting a football scholarship as a redshirt wide receiver.

Later, the football program was canceled by Saint Mary’s so, he moved to Sacramento State which also offered him a scholarship. Then, he graduated with a master’s degree from the USC School of Cinematic Arts and created a series of short movies.

Besides Football, he was interested in writing as well. So, his teachers also motivated him to continue it and learn to screen-write. He played against NFL running back Marshawn Lynch as an athlete.

During his time at USC School of Cinematic Arts, he directed around four short movies. Among them, his movie, Locks earned the Dana and Albert Award for Filmmaking Excellence, won the title of HBO Short film competition, the DGA Student Film Award, and got in the nomination of Black Reel Awards for Outstanding Independent Short Film.

As an executive producer, he worked on the ESPN 30 for 30 Film, The Day the Series Stopped. He announced that he was working on a graphic novel and a young adult novel.

His most remarkable movies, are Fruitvale Station, Creed, and Black Panther.

Ryan Coogler debuted with the movie, Fruitvale Station, which chronicles the life story of Oscar Grant, who died after the police officer shot him at Oakland’s Fruitvale BART station on January 1, 2009. Oscar-winning actor, Forest Whitaker is the creator and producer of the movie.

The movie launched at the 2013 Sundance Film Festival and earned the top Audience Award and Grand Jury Prize in the dramatic competition. More than 2 million distribution rights were given to the Weinstein Company.

After the theatrical run, the movie, Fruitvale Station earned more than 17 million USD. The movie got in the top ten lists of the best films of 2013.

On November 25, 2015, the movie was released in the United States, the movie receive wide praise from analysts too.

In 2018, the movie was released, and Michael B.Jordan was cast as the lead role, antagonist Erik Killmonger.

The movie got successful after the release and earned the largest opening weekend at the box office. Also, it was the highest-grossing movie in history directed by him. The movie was really successful.

The net worth of an American screenwriter is estimated to be around 25 million USD.

With a salary of 12 million per movie, he signed a contract with Netflix to direct three originals. His annual income is about 5 million USD.

Ryan Coogler was imprisoned by Atlanta police on March 9, 2022, after he was misunderstood to be a bank robber by a bank teller.

Later, he was released along with colleagues by the police after confirming Coogler’s account and identity. Coogler was wearing sunglasses, a face mask, and a hat at the bank.

So, this news took Ryan Coogler in the rumors and controversies.

He looks handsome with his brown complexion with the black beard. He has a Black colored hair and eyes of the same color.

Tessa Thompson is dating secretly or too busy for personal life due to busy career?