Ryan Deitsch is a survivor of the Parkland massacre and an American student activist against gun violence. He is currently single.

He is not in a relationship and is currently single. We don’t know anything about his prior relationships or previous engagements. 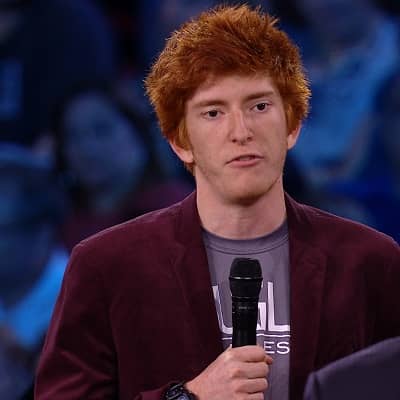 Who is Ryan Deitsch?

Ryan Deitsch is a survivor of the Parkland massacre and an American student activist against gun violence.

He is also a founding member of the Never Again MSD movement.

Ryan Deitsch, 21 years old, was born on November 30, 1999, into a Jewish residence. He is Matt Deitsch’s, filmmaker, and younger brother. He also has a sister Sam Deitsch.

Ryan began attending Marjory Stoneman Douglas High School in 2014 and graduated in 2018. He is now a student at American University in Washington, D.C.

Ryan recorded the active Stoneman Douglas High School shooting from inside the school during his senior year. He survived while hiding with other students in a closet throughout the tragedy.

He has blamed the government for sensationalizing shooters and has urged fans to participate in demonstrations and rallies.

On February 21, 2018, he participated in a CNN town hall with politicians, asking Senator Marco Rubio, “Why do we have to march… to save innocent lives?”.

Ryan was interviewed by Harvard Political Review, along with Cameron Kasky and David Hogg.

During a press conference in Tallahassee, Ryan mentioned that he was the president and founder of his school’s improv club. He stated that he did not have a prepared speech, but hoped that his experience in the club would help him convey his ideas.

Ryan confessed that, as a senior in high school, he is unsure what action should be taken. “I just know what we’re doing now is nowhere near enough… If I have to keep seeing friends die… America does not deserve this.”

Ryan frequently uses social media to express his opinion and feelings about the happenings at his school. “We are the generation that was born after Columbine,” he said. “We have lived with this our entire lives.”

He stated that even in fifth grade, he was forced to hide in a restroom due to a gunshot in the area. “We are done hiding… America is done hiding.”

On November 20th, 2018, the Parkland students who started a nationwide campaign to raise awareness about gun violence in the aftermath of a tragic school shooting were given the International Children’s Peace Prize.

His net worth has been increasing significantly in 2020-2022.

According to the source, Ryan’s net worth is around $1-5 million. His salary is unknown to us at the moment.

According to the source, there are no rumors and controversies about Ryan.

Ryan’s height, weight, and other body measurements are unknown.

He has reddish Ginger hair and dark brown eyes.