Best known as Ryan Matthews on the American drama series 90210. 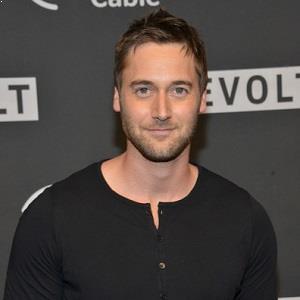 People really give you a hard time when you wear fake glasses out to a bar.

I think all of us could play the teacher because we all grew up with teachers. It's just kind of this peeking-over-the-shoulder presence that we've all grown up knowing.

I never got why actors don't like it when a fan comes up to them on the street. It is cool that someone recognizes what you do and makes you feel like you live in a community.

Previously he dated the actress and singer Haley Bennet from  2009 to 2011 approximately.

Who is Ryan Eggold?

He is also famous for playing the role of Tom Keen on the NBC crime drama series, The Blacklist (2013).

In 2020, Ryan will be seen in the British-American movie, Never, Rarely, Sometimes, Always.

Ryan Eggold was born Ryan James Eggold on 10 August 1984, in Lakewood, California. And is of Anglo-German-Austrian-Ashkenazi ancestry.

He is the only son of James Frederick Eggold and Karen Benik.

Ryan is a 2002 graduate of Santa Margarita Catholic High School. After completing high school, he attended the University of Southern California and studied theater and arts, and graduated from there in 2006.

Since childhood, he was enthusiastic about acting and would appear in the School Theater competitions.

Ryan made his television debut in 2006, appearing as a guest on the show Related. He began his acting career the same year in a short movie titled Con: The Corruption of Helm, in which he appeared as Shawn Helm.

In his early days in acting, he appeared on several television shows including Brothers & Sisters, Veronica Mars, and The War at Home. In 2007, he was cast for the role of Barista in The Young and the Restless.

The same year, he appeared as Mike Werewolfowitz on Cartoon Network’s Out of Jimmy’s Head. The following year, he was cast for the television series 90210 in which he appeared as Ryan Matthews in 44 episodes.

He appeared as himself in an episode of Entourage in 2008. In 2013, he was cast for the role of Tom Keen in the crime drama series The Blacklist and appeared in 66 episodes of the series. He is also cast in the upcoming series of The Blacklist: Redemption.

Ryan appeared as Doug in a 2008 short film titled Bloom. In 2011, he appeared as Nikki Holiday in another short movie Queen. His role as Adam Hunt in Into the Dark (2012) earned him popularity much fanfare.

Since then, he has appeared in several movies including B-Side, Scent of a Woman, The Single Moms Club, and Fathers and Daughters. In 2016, he portrayed the role of Leif in the American drama Lovesong.

Besides acting, Ryan writes music, plays the guitar and piano, and sings for the band Eleanor Avenue.

Ryan has auburn hair and blue eyes. His height is 6 feet with a bodyweight of 78 kg.