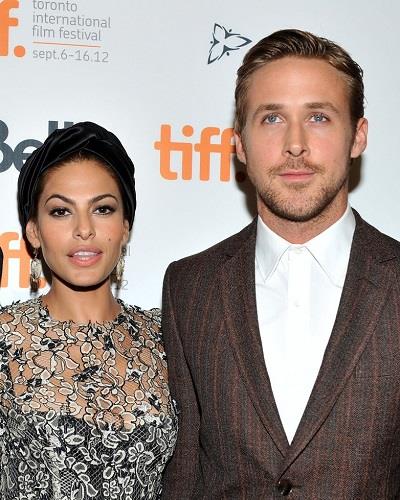 Ryan Gosling and Eva Mendes have been together for nearly six years and have a habit of keeping their relationship extremely private.

It is rare because the couple has not made any public appearances on holidays. It seems like the couple got homesick and they are trying to keep their love alive.

The couple was spotted hiding their movie star looks under baseball caps. They were seen holding hands all the time.

The couple was looking very happy and excited as they hit the Haunted Mansion, It’s a Small World, and Big Thunder Mountain Railroad.

The Notebook star began dating The Place Beyond the Pines co-star Eva Mendes in September 2011.

The couple fell in love with the sets of the movie. After a five-year affair, the couple got engaged in October 2016.

The couple is the parents of two adorable children; daughters Esmeralda Amada Gosling and Amada Lee Gosling. As she is Cuban, she is trying to teach their children Spanish,

“Well the Spanish in my home… I’m Cuban and we’re trying to teach the kids Spanish, and it’s harder than I thought.”

After three years of their affair, Ryan and Eva had their first daughter, Esmeralda Amada Gosling on September 12, 2014.

On April 29, 2016, their second daughter Amada Lee Gosling was born.

According to the reports of okmagazine.com, The La La Land actor and Mendes’ 6-year relationship is at breaking point after having a fight following the Oscars.

The Disney date might be a way to restart their relationship fresh and have a healthy relationship.

You may like to read Actress Rachel McAdams and Jamie Linden welcome a baby boy! Know about her secretive pregnancy and her relationships!

Everybody knows that actress Eva Mendes is the not first love of Ryan Gosling’s life. It is obvious that the star is not away from making a relationship with girls. Well, let’s know about his past love affairs and relationships right here.

Ryan dated American actress Sandra Bullock in early 2000, who is 17 years older than him. The couple began dating each other in 2001. Their relationship ended in 2002.

Ryan was in a short-term relationship with Dutch actress Famke Janssen in the year 2004.

During the filming of The Notebook, Ryan began dating his co-star Rachel McAdams. Their relationship began in 2004. After four years of their affair, the couple separated in mid-2007. But, after a few months, the couple reunited and separated again in 2008.

Also read Shocking break-up of Ryan Gosling and Rachel McAdams, Here is more about their relationship and dating history

Ryan Gosling is a Canadian actor and musician. He is widely known for his roles as Noah Calhoun in the 2004 hit movie The Notebook and as Dan Dunne in the film Half Nelson (2006). He is also famous for his roles in the movies Lars and the Real Girl (2007), Blue Valentine (2010), and The Big Short (2015). Gosling recently appeared in the movie La La Land as Sebastian Wilder. For his role in them, he won the “GoldenGlobe Awards for Best Actor – Motion Picture Musical or Comedy”. More bio…