Ryan Gosling is a Canadian actor and musician. He is widely known for his roles as Noah Calhoun in the 2004 hit movie The Notebook and as Dan Dunne in the film Half Nelson (2006). He is also famous for his roles in the movies Lars and the Real Girl (2007), Blue Valentine (2010), and The Big Short (2015).

Ryan Gosling is an unmarried actor till now. He has been in a number of relationships in his life. During his early career days, he dated Casey LaBow, a film producer.

In April of 2016, they welcomed their second daughter, Amada Lee. The couple got engaged in October 2016. They have been together for over six years now and their relationship is going very well. 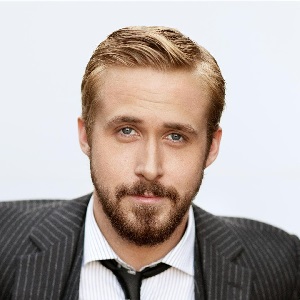 I've learned it's important not to limit yourself. You can do whatever you really love to do, no matter what it is

I don't even think of myself as particularly good looking, and not at all a typical kind of Hollywood leading man sort of actor.

Who is Ryan Gosling?

Ryan Gosling is a Canadian actor and musician. He is widely known for his roles as Noah Calhoun in the 2004 hit movie The Notebook and as Dan Dunne in the film Half Nelson (2006). He is also famous for his roles in the movies Lars and the Real Girl (2007), Blue Valentine (2010), and The Big Short (2015).

Gosling recently appeared in the movie La La Land as Sebastian Wilder. For his role in them, he won the “Golden Globe Awards for Best Actor – Motion Picture Musical or Comedy”.

He has worked with PETA on a campaign to encourage KFC and McDonald’s to use improved methods of chicken slaughter in their factories. He has also done other several social works. By his hard work and talent, he has made a notable spot for him in the industry.

Ryan was born on 12 November 1980, in London, Ontario, Canada. His birth name is Ryan Thomas Gosling. He is the son of Thomas Ray Gosling and Donna Gosling. His father is a traveling salesman for a paper mill, and his mother is a secretary who qualified as a high school teacher in 2011.

He has an older sister named Mandi Gosling. His parents divorced when he was 13 years old. After that, he and his older sister Mandi lived with their mother. His nationality is Canadian and he is of the mixed ethnicity of French-Canadian, English, Scottish, and German.

As a child, he grew up watching the 1945 American film Dick Tracy and was inspired to become an actor. He hated school and was bullied in elementary school. While he was in high school, he was diagnosed with attention deficit hyperactivity disorder (ADHD).

He began taking acting classes and dance classes since he was a child. He dropped out of high school at the age of 17 to focus on his acting career.

Ryan Gosling got his start in show business as a child actor at the age of 12. He began acting in 1993, as part of “The Mickey Mouse Club.” After the show was canceled in 1995, he appeared on a number of television shows, such as “Are You Afraid of the Dark?,” “Goosebumps” and “Breaker High.”

At the age of nineteen, Gosling decided to move into serious acting. Gosling came to the attention of a wider audience in 2004 with a leading role in the commercially successful romantic drama The Notebook (2004). For his role in the film, he won the “MTV Movie Awards for Best Kiss” in 2004.

He also won the ShoWest Awards in the category of Male Star of Tomorrow. The movie was so successful that he became popular worldwide and began getting bigger roles in movies.

Ryan’s role in The Notebook also earned him six Teen Choice Awards in 2004. After that, his performance as a drug-addicted teacher Dan Dunne in Half Nelson (2006) earned him a nomination for an Academy Award. The following year, his role in Lars and the Real Girl (2007) was nominated for a Golden Globe Award.

He has appeared in a number of movies and TV films. He then had major roles in the movies Crazy, Stupid, Love (2011), The Nice Guys (2016), and La La Land (2016). For his role in La La Land, he won a Golden Globe Award and received a second Oscar nomination.

Besides acting, Ryan is also a musician. His band, Dead Man’s Bones released their self-titled debut album and toured North America in 2009. He plays guitar, keyboard, bass guitar, and sings vocals for the band. Ryan is a co-owner of Tagine, a Moroccan restaurant in Beverly Hills, California. Gosling is a supporter of PETA, Invisible Children and the Enough Project.

He has a net worth of 70 million dollars as of 2022. But his salary is not disclosed.

Ryan was spotted sniggering into his sleeve after his movie La La Land lost the Academy Awards in early 2017. The scene made fans criticize him for his behavior.

Currently, there are no other desperate rumors regarding his personal and professional life. It seems he is doing the best job without harming others and has been a straight person in his life, for which he has not been in any big controversy yet.

His has eye color is blue, hair color is blonde, and he wears shoe size of 11(US).