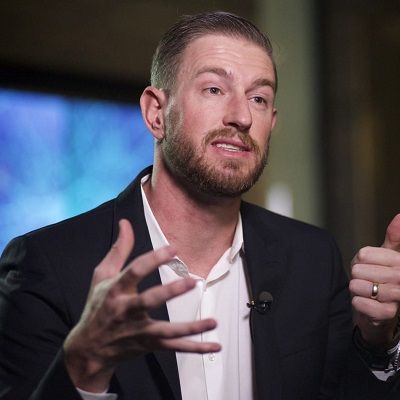 Saltwater covers over 73% of our earth, it’s everywhere, and it’s our most critical eco-asset. We have large ambitions for our growing family of companies, so naming ourself after the resource that we find inspiration from seemed appropriate. From an early age my experiences in the ocean have been a key source of clarity, inspiration, and personal growth. Saltwater perpetuates that focus, providing a powerful, but natural flow of discovery, of learning, and of adventure.

Ryan Graves is married to Molly Graves. They were married on 15th November 2009. Together, they have three children.

Family man Ryan likes to spent his time with his wife and children on the beach. Apart from this, he is adventurous and his favorite pastime is traveling and surfing.

Who is Ryan Graves?

American Ryan Graves is a billionaire businessman. He is renown as the founder and CEO of the Company, Saltwater.

He is also a former CEO of Uber. In 2016, Forbes named him as America’s Richest Entrepreneurs Under 40.

Ryan Graves was born on 4th July 1983,  in San Diego, California. He is of French-American ethnicity.

-December 2006, started his career as a consultant PartnerSolve LLC. He was also an analyst and account manager for the firm.

-August 2008, founded the company, SocialDreamium LLC. He also acted as the CEO of the company. One year later, the company was closed.

-Jan 2008, joined GE Healthcare as an IT Program Leader. He had been part of the firm for 2 years and 2 months.

-In October 2009, he joined Foursquare as an intern. He left the company after four months.

-In October 2012, he associated with Miami University as a Business Advisory Council.

-Jan 2018, he became a board member for non-profit Organization, Management charity: water.

-In the same year, he founded his own organization, Saltwater Capital.

In February 2010, Graves joined Ubercab as the CEO. He was the first employee hired in the organization.

He helped to raise the first round capital, which was $1.25M. For 11 months, he served as the CEO. Later, he worked as the leader of Uber’s operations team, SVP Global Operations. In 2017, he resigned from the organization.

Since March 2010, he is a Member Board Of Directors under the same organization.

Some of the recent investments of the company include Fort Point Beer, WeCommerce, and Pachama.

In November 2013, he was honored with 18 of the last 09 Honoree by Miami University Alumni Association.

The honoree’s main aim was to recognize 18 outstanding young alumni who graduated between 2001-2012.

Mbah Gotho, the Man Claimed to be the Oldest Human Ever to Live on Earth, Dies the Age of 146, but How True is it?