Updated On November 25, 2022 | Published By: Chandler Bing
Share this
In Relation 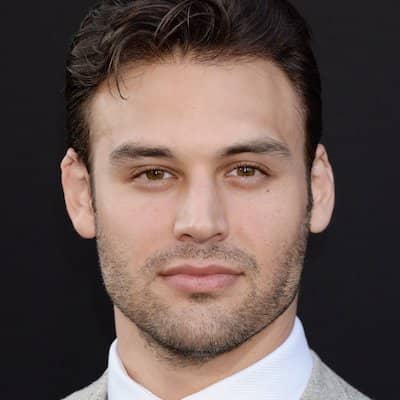 The compliment that I like more than anything is when my family tells me I'm the same Ryan. I never want to become a celeb who forgets about anybody or has a big head about himself

That's what I love about acting. There's never a set role. You can be a firefighter, you can be a baseball player, you can be whatever you want in the acting world. I think I've found my calling

Any Latin dance, whether it be salsa, cha cha, samba, etc., is very sexy for me to see a woman do. Using your hips is the key.

What is the relationship of Ryan Guzman?

Ryan Guzman at present is in a loving relationship. He started dating Chrysti Ane in the year 2016 and they are still together.

His girlfriend is a model/actress and took their affair to the next level by exchanging rings in 2018.

Previously, in 2014, Ryan had a brief fling with an adult/glamour model, Melanie Iglesias.

Who is Ryan Guzman?

Ryan Guzman is an American actor and model. He is popular for his acting skills in the Step Up film series.

Who are the parents of Ryan Guzman?

His birthdate is 21 Sep 1987 and he was born in Abilene, Texas, the US. The name of his mother is Lisa and his father is Ramon Guzman Jr.

Ryan’s ancestry is a mix of Mexican-English-Scottish-German-Swedish-French-Dutch and has a younger brother named Steven.

Regarding his academics, he first attended West Campus High School. Then he enrolled at Sierra College.

Ryan Guzman is a popular face of the entertainment world. His first TV appearance was in an episode of Cameras. His other brief-roled TV series is titled Chopped Junior, Prety Little Liars, 9-1-1: Lone Star, etc.

In addition, Ryan was seen as Sean Asa in the Step-Up film series. The list of his other notable big-screen projects are,

By the recorded reports of 2022, he has accumulated a net worth of around $2 million US. The salary from his acting journey is behind the curtain.

This Step-Up famed actor and former model are keeping himself away from rumors and desperate scandals.

How tall is Ryan Guzman?

Ryan Guzman’s height is 6 ft and his body weight is 61 kg. Moreover, he has hazel eyes and his hair is also in dark brown color.

Also, he is on YouTube with more than 40k subscribers.