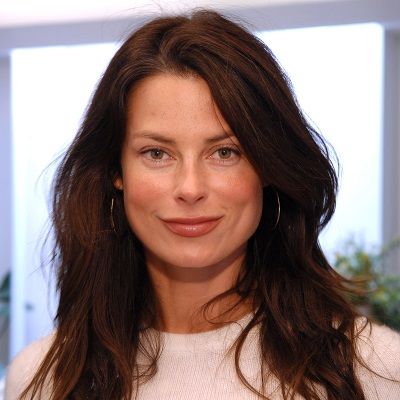 What is the relationship of Ryan Haddon?

Ryan Haddon is a married woman. She is married to an actor Marc Blucas. The couple tied the knot on July 25, 2009. The couple dated for more than a year before their marriage.

Despite their long marriage journey, the couple has no plans for a child. Haddon currently lives with her husband in London, United Kingdom.

Previously, she was married to actor Christian Slater on February 12, 2000. The couple started dating in 1998.

They have two children; Jaden Christopher born on 6 April 1999 and Eliana Sophia born on 15 August 2001. The pair officially separated in 2005 and divorced in November 2007.

Who is Ryan Haddon?

Ryan Haddon is a prominent American journalist and television producer.  She is popular for her appearance in the documentary Ephemera: The Art of Impermanence.

Haddon has also worked at MacNeill/Lehrer NewsHour, on Roseanne Barr’s talk show The Roseanne Show, and on Good Morning America.

Ryan Haddon was born in 1971 in the United States of America. Later she moved to Toronto and spend some of her childhood times there. Haddon’s father’s name is Glenn Souham and her mother’s name is Dayle Haddon.

She is the granddaughter of Gerard Souham. Haddon’s mother Dayla is a former model. When she was little she has been to Paris and enjoyed her childhood days there.

Haddon also spends some half of her childhood in Paris. Ryan Haddon’s nationality is American and her ethnicity is White. Haddon belongs of French-American descent. There is not much information about her siblings and her family.

In which university did Ryan Haddon attend?

Haddon attended Boston University and graduated with a degree in communications. Haddon used to take part in several recreational programs during her college life.

Ryan Haddon started her career as a reporter in several magazines, where she had a series of entertainment-based reporting jobs. After her magazine career, she got a chance to appear on the talk show The Roseanne Show.

Haddon also performs in the 2016 movie Dick and Jack, starring Drew Allen, Ken Straus, and others. She also got a chance to appear in a documentary released in 2011, Ephemera: The Art of Impermanence, and comedy show New York’s Funniest. Haddon has made a guest appearance in several famous TV shows.

Blucas has appeared in the movies such as The Red Maple Leaf, Touchback, Knight & Day, Mother and Child, Deadline, The Jane Austin Book Club, The Killing Floor, After Sex. Thr3e, and Prey for Rock & Roll.

Ryan Haddon’s net worth is around $1 million as of 2022. She earns a decent amount of money from her professional career. She currently works for NBC where her salary is approximately $108,995 per year.

Her husband, Marc Blucas has a net worth of $3 million at present and they are having a great lifestyle.

Haddon gets arrested in the year 2003, for misdemeanor domestic battery against her then-husband Christian Slater at the Hard Rock Hotel & Casino while on a trip to Las Vegas.

She threw a glass at him during an argument in their suite, as per the police report. Following this, she was taken to Clark County Detention Center. Haddon was released after 12 hours.

What are the body measurements of Ryan Haddon?

Ryan Haddon has a perfectly maintained body and height of around 5 feet and 6 inches.

Ryan has maintained a slim/curvaceous body figure along with the measurements of 33 inches breast, 24 inches waist, and 34 inches hips.

Also get to know about Angela Unkrich, Michelle Mylett, and Fran Drescher.