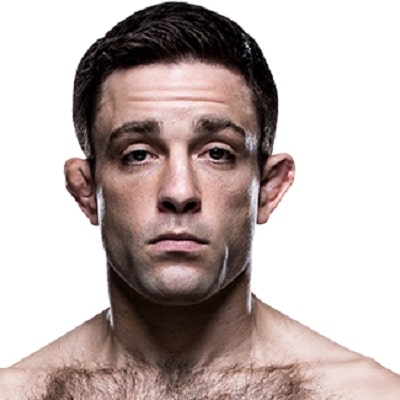 Ryan Hall is a married person. He began dating girlfriend Jen in 2008 and married on 29 December 2014. The couple welcomed their son Sean Christopher Hall on 22 August 2018. His wife, Jen has earned BJJ Black Belt and together they own Fifty/50 Jiu-Jitsu, a school for martial arts.

Who is Ryan Hall?

Ryan Hall is a famous American mixed martial artist who is a black belt, instructor in Brazilian jiu-jitsu. Currently, he competes in the featherweight division of the Ultimate Fighting Championship (UFC).

He was born on February 22, 1985, in Falls Church, Virginia, USA. His birth name is Ryan Christopher Hall. He was born to mother Patricia Hall and father John Hall. He has not disclosed anything about his siblings.

Ryan holds American citizenship but his ethnicity is unknown.

He attended Manhattan College and studied Electrical Engineering but dropped out after finding his love for martial arts.

Hall took the training of mixed martial arts at Tristar Gym in Montreal, Canada in 2012, having begun learning in martial arts in January 2004. He fought in the cage at SLAMM-1, Challenge MMA 2 card, Fight Lab 35, United Combat League during his earlier career.

He must have accumulated a decent sum of money from his career however, he has not disclosed his exact net worth, salary, and income. Also, he reportedly had earned $34,000 from his match against Gray Maynard on December 3, 2016.

One of his videos went viral in 2011 in which he was enjoying dinner in the company of friends when a large man approached the table, requesting a lighter. Later non-smokers came and one of the men became enraged.

Ryan Hall was recorded trying to calm down but the potential attacker refused to calm down, and he used grappling techniques to defend himself.

He used the self-protection technique and used double leg takedown and the mount position and later used chokehold to the man shortly before the police arrived. The video also promoted anti-bullies campaigns all over the world.

Ryan Hall has a height of 5 ft. 10 inches and weighs 66 kg. Also, Ryan has dark brown eyes and dark brown hair. But his shoe size, dress size, etc. are not available.