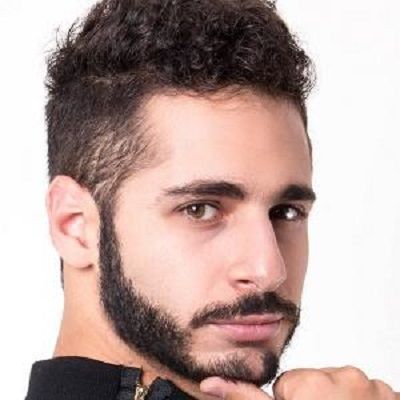 Ryan Hoffman Badui is dating the Venezuelan pop singer, Grecia González. On his latest video, Gift Exchange they were spotted exchanging gifts. They also cracked jokes about Grecia being the mother of his child.

Previously, they traveled to Greece. They first met through the app Instagram, where Ryan was instantly attracted by Grecia’s Instagram profile. Later, they started talking with each other which led them to fall for each other.

Who is Ryan Hoffman Badui?

Ryan Hoffman Badui is a Mexican YouTuber. Ryan is renowned for his Vlogs and challenge videos on his YouTube Channel.

Last, on the 1st of January, he uploaded his latest video along with his girlfriend.

Ryan Hoffman Badui was born on the 9th of January 1988 in  Mexico City. He is of Arab-Jewish ancestry.

He has 9 siblings.  His sister, Yoss Hoffman is also a YouTuber.

Growing as a child, he was rebellious in nature. He used to do things that his seniors had forbid.

On the 2nd of July 2011, he started his own YouTube channel. In the channel, he uploads traveling Vlogs, challenge, and funny videos. The videos on his YouTube channel with such interesting caught the attention of many people. On the 19th of January 2015, he earned a million subscribers. Kisses for Money | Selling Kisses and How to Kiss a Mature Woman | How To Kiss MILFs are some of his YouTube videos.

On the course of making videos on YouTube, he has collaborated with YouTube stars Juana Martínez and Carolina Jaramillo for the video Preguntas Incomodas.

He has an estimated net worth of $1.5 million US. As a YouTuber, his earnings per video upload is $6.6k US which makes $247k US per year from his first YouTube channel.

From his second YouTube channel, he earns $648 US per video.

He has a YouTube channel, Rayito with 9.49m subscribers with 886m views.