best known as the player for Auxilium Torino of the Lega Basket Series A (LBA). 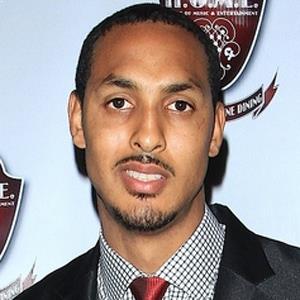 Reflecting on a personal life of Ryan Hollins, he is in a relationship. He is dating a girl named Janice. There is no much information on when and how they started having an affair.

The couple does not share anything relating their dating affair. There is no information found through their social media as well.

Who is Ryan Hollins?

Tall and handsome Ryan Hollins is a well-known American professional basketball player. He is best known as the player for Auxilium Torino of the Lega Basket Series A (LBA). He often plays from the center position.

Ryan Hollins was born in Pasadena, California. He was born on 10 October 1984. He is of African American ethnicity and has an American nationality.

His birth name is Ryan Kenwood Hollins. He is the son of Teryl and the late Denier Hollins. He has a sister named Julie Hollins.

He studied at John Muir High School in Pasadena, California. Later he attended the University of California, Los Angeles where he played college basketball for the UCLA Bruins.

Ryan Hollins, has been active in the professional basketball game since 2006. He started playing basketball professionally after being selected by Charlotte Bobcats in the 2006 NBA draft. He was the 100th UCLA player to be selected in the NBA draft.

He resigned 10-days with the Grizzlies and again signed a contract for the rest of the season. However, on 7 April 2016, he was released from the team. On 15 December 2016, he signed with Herbalife Gran Canaria but released from a team for going to America without permission.

On 18 March 2017, he signed with the Aluxilium Torino of Italian Club for the rest of the 2016-17 season. Hollins is also a team member of the United State that won a bronze medal at the 2015 Pan American Games.

Ryan Hollins: Salary and Net Worth

Except for his trade rumor, he hasn’t been to other rumor and controversy sufferings in his life.

Ryan Hollins has a height of 7 feet. His body weighs 109kg. He has black hair and black eyes.