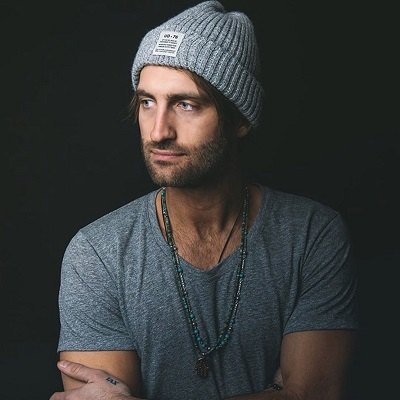 I love coffee because it's the ritual of my morning. I'm very much a morning person

Some people in the public eye are hardline, like, 'We don't share anything about ourselves.' And that's fine

I got a sociology degree and then had an opportunity to go to graduate school. But I said no, because I wanted to give songwriting a shot.

Ryan Hurd is married to Maren Morris. Maren is also a singer and songwriter by profession. They first met at the time when Hurd moved to Nashville, Tennessee. Later they married on the 24th of March 2018.

Currently, the couple is expecting their first son. Recently, they have a baby shower.

His Instagram posts suggest that he is quite passionate about his music and loves playing guitar.

Who is Ryan Hurd?

American Ryan Hurd is a Grammy-nominated songwriter and a country singer. Hurd is renowned as the songwriter of the single, Lonely Tonight.

Currently, he is associated with RCA Nashville as a singer. Next, he will be on the tour with his Platonic EP.

Ryan Hurd was born Ryan James Hurd on the 2nd of November 1986 in Kalamazoo, Michigan, U.S. He is of English ancestry.

Following the songs, In 2015, he wrote the single Lonely Tonight for Blake Shelton and Ashley Monore which peaked at #1 in the Canadian Country Billboard and peaked #47 in US Billboard.

Those songs turned out to be a milestone in his career.

After a successful career as a songwriter, in 2016, he released his debut single, We Do Us. Following the singles, he also released the other singles  Love in a Bar and To a T. This last, To a T single peaked the rank of #22 in US Country Airplay with 58k copies sales.

Apart from the singles, he also has released his extended plays. Those plays along with the year are-

As a songwriter, his earnings are $21k to $21ok. Apart from that, she also earns through his musical tours.

He is a blue-eyed auburn. His height is 6 feet and weighs around 72 kg.

The country singer has not been in any sort of controversy till the date that made a buzz on the media.

He also has a self-titled YouTube channel with 21.7k subscribers and 11 million views.