Ryan Johnston is currently in a relationship with the Instagram star, Leslie Hernandez. Together, they have 1 daughter, Bellamy, in 2019. In March 2020, they shared that they are going to have another baby girl soon through.

Ryan started to date with Amanda Perez, Instagram star, in 2017. She a receptionist at the eye clinic when they both meet during Ryan’s surgery. After that surgery, they both start to share their hobbies and activities with each other as well as they visit different places. Unfortunately, they separated in 2018. 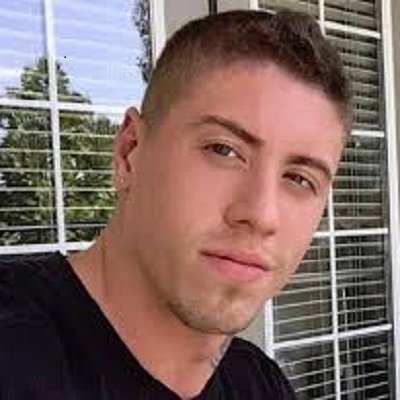 Who is Ryan Johnston?

Ryan Johnston is a Canadian Youtuber and well known for his youtube channel titled “Through our eyes”, which has over 2 million subscribers. He is also a good artist, Instagram star, and social media personality.

Currently, he is uploading more videos about his second child in his youtube channel, with different titles such as Ryan’s Dream Finally Comes True, The baby is coming sooner than expected and many more.

Rayan graduated high school in 2010. He has not disclosed any information about his parents.

Ryan started to post his artwork on his Instagram account. He mainly made different kinds of sketches using charcoal and spray paints, which it seems very unique and beautiful. Furthermore, he also sells them through his Instagram.

At the age of 20, he faced some kinds of eye disease problems, and his vision is gone completely. He recovered and again gain his sight back when he goes through the surgery.

Ryan has a youtube channel titled, Through Our Eyes, which has over 2.44 million subscribers. His youtube channel has already over 179 million views. He joined this Youtube community on 27 Dec 2013.

His Youtube channel features different kinds of pranks, day to day family activities, as well as different interesting content. He also said that he likes to share his life journey, amazing times of laughter, and love to his viewers and his fans.

He stands 5 feet 11 inches tall and weight is around 75 kg. He has blue eyes with brown eyes. His shoe size is 10.

Ryan is a tattoo lover, that’s why he has tattoos on his neck as well as on his body parts.

He has a youtube channel with a million subscribers so, his estimated average earning per year is around $30.9 K – $493.6 K.