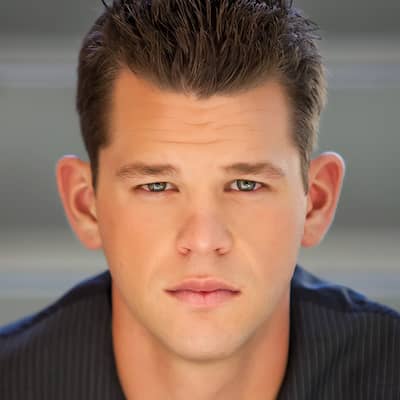 What is the relationship of Ryan Lane?

Ryan Lane’s relationship status is possibly single. He has not revealed the details of his affair or girlfriend.

Who is Ryan Lane?

In 2019, he played the role of Josh in a short screen project titled CODA. Also for his work, he received the Media Access R.J. Mitte Diversity Award in 2013.

He was born with a hearing fault and it was known after the two weeks of his birth that he suffers from congenital nerve deafness. Though he can not hear, he is good at playing baseball and football.

He is also an excellent snowboarder, swimmer, and wrestler. He is fond of motorcycles and mechanics.

He was born Ryan Thomas Lane on 23 Nov 1987 in Fullerton, California, U.S. The name of his mother is Jill and his father is William.

They separated when Ryan was eight years old. His father also suffers from hearing loss.

Talking about his academics, he first went to the County School District and then the California School for the Deaf, Riverside (CSDR). He graduated from the latter in 2007.

Ryan Lane entered the screen world with a short documentary named I See The Crowd Roar: The Story of William Dummy Hoy in 2007. He was then briefly seen in Cold Case, House MD, Miami Medical, Irving J. Koppermelt, etc.

But his popularity mostly came from his TV role which he did in Switched at Birth. His character Travis Barnes in the show was loved by the audience and he was very much appreciated.

His other notable screen projects are,

As of 2022, he collected an estimated net worth of around $500k. However, his salary and other earnings are unknown.

He has once done a commercial for Apple’s iPhone 4. Some of the top actor’s financial worth are,

This amazing actor is keeping himself away from rumors and is also not surrounded by any desperate scandals.

But back in 2006, he had experienced a serious dirt bike accident. The month was Sep and he was in Pismo Beach, California to show a jump.

The stunt went wrong which injured his lower spine and left femur. This almost left him paralyzed and he had to wear a body brace.

Regarding Ryan Lane’s body features, his height is 5 ft 10 inches and his body weight is 70 kg.

Moreover, his eyes are brown and his natural hair color is also brown.

Ryan is available on social sites and has a Facebook fan page with over 6k followers. His Instagram and Twitter accounts are followed by over 111k and 37k people respectively.