Updated On November 16, 2022 | Published By: pritishma pradhanang
Share this
Married 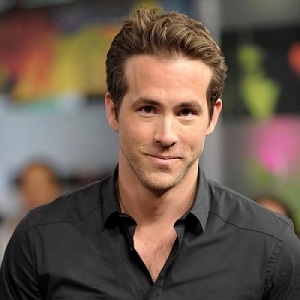 People have their complexities. They have their heroic moments and their villainous moments, too

It's funny, because there are so many stereotypes out there about actors and movie stars in general, but I've had a great opportunity to meet a lot of them, and maybe it's just because they don't behave that way around me, but I rarely see that kind of abuse of power

M nut. I like the blue ones. I pick them out. Read more at https://www.brainyquote.com/authors/ryan-reynolds-quotes

Who is Ryan Reynolds married to?

Ryan Reynolds is married to Blake Lively on 9th September 2012, at Boone Hall Plantation in Mount Pleasant, South Carolina. They were co-stars in Green Lantern. And then started dating.

Ryan and Blake have three children, James- 2014, Inez- 2016, and their third child Betty Reynolds born on 4th October 2019. Ryan is residing with his wife and kids in Pound Ridge, New York.

The couple announced the news of their fourth baby.

Previously, he was married to Scarlett Johansson on 27th September 2008. But this relationship did not last for long and they got divorced on 1st July 2011.

In 2002, he dated and engaged(2004) to Alanis Morissette, a Canadian singer. However, in February 2007, the couple called off their engagement mutually.

Who is Ryan Reynolds?

Ryan Reynolds is a Canadian-American actor. He portrayed Michael Bergen on the ABC sitcom Two Guys and a Girl from 1998-2001.

He was featured in People magazine’s “Sexiest People” issue in 2007.

In 2018, Ryan became an American national.

His father, Jim is a food wholesaler and his mother, Tammy is a retail saleswoman.

He has three siblings all brothers: Terry Reynolds, Jeff Reynolds, and Patrick Reynolds. He is the youngest of all. He belongs to Irish descent.

He had finished high school at Kitsilano Secondary School in Vancouver in 1994.

Reynolds’ career began in 1991. He starred for the first time as Billy Simpson in the Canadian-produced teen soap Hillside. In 1996, he co-starred with Melissa Joan Hart in the TV movie Sabrina the Teenage Witch.

In the same year, he joined the American television series Two Guys, A Girl, and Pizza Place. But for several years, he appeared in a string of lackluster films—both critically and commercially.

In 2004, he played a vampire hunter in Blade: Trinity and The Amityville Horror 2005. In 2009 his film career took off but he continued to thrive professionally, expanding his range with the independent drama Buried in 2010.

In 2011, he made a triumph and returned to the big screen. Then he showed off his comedic talents in The Change-Up in 2012.

In 2013, he also lent his voice to animated movies, The Croods, and Turbo. Similarly, he appeared in indie films like The Voices in 2014.

He took on a supporting role in the biopic Woman in Gold in 2015 and starred in the thriller Self/Less.

The year 2016 turned out to be even better for Reynolds when his labor of love, Deadpool, finally came to be after being in development.

And the same year he was honored with a star on the Hollywood Walk of Fame. As of 2022, he has an estimated net worth of $150 million.

Unlike other celebrities, there is no information about the rumors and controversy about Ryan Reynolds as he was a secretive person who hasn’t let the media rule over his life.

His hair color is dark brown and his eye color is brown. His other body measurements are unknown.