Was associated with channels like CNN, MSNBC, and The Weather Channel. 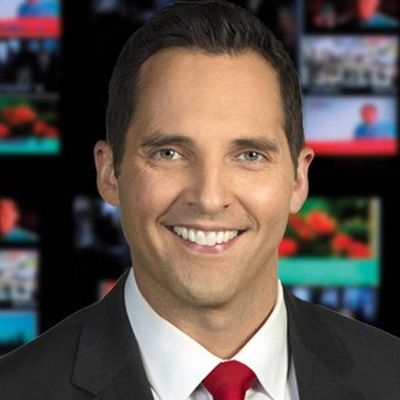 it’s a great way to interact with people.” One of his proudest achievements was helping a family whose home was destroyed by floodwaters. The story influenced the city to buy the house

Match Made in Heaven!

Ryan Schulteis is married to Drew Colleran. They were married on the 11th of Aprill 2015 at Liberty Hotel in Boston. They also hosted their reception party in the same hotel.

They were first introduced by Ryan’s 7 News colleague Adam Williams and his husband John Atwater at some party. In their first meeting, they started to enjoy each other company in the bar section.

After the first meeting, they started dating each other. Together, they took the next step in their relationship and they were engaged in August 2013 on Race Point Beach in Provincetown, MA.

After the marriage, Ryan and Drew spent their honeymoon days on Maui.

Who is Ryan Schulteis?

Ryan Schulteis is an American TV presenter. Ryan is renowned as an anchor of 7News Boston.

Previously, he was associated with channels like CNN, MSNBC, and The Weather Channel.

Ryan Schulteis was born on the 23rd of December 1978 in Milwaukee, Wisconsin. Last, on the 15th of January 2020, his parents will be celebrating their 43rd Anniversary. They are of Germanic-Dutch ancestry.

He shares a very special bond with his family, especially with his granny and mother.

Schulteis completed graduation from the University of Wisconsin-Oshkosh with Honors in Broadcast Journalism.