Ryan's World is a star of the digital world who unboxes toys on YouTube.

Ryan’s World’s present relationship status is possibly single. He is too young and has not revealed the details of his affair. 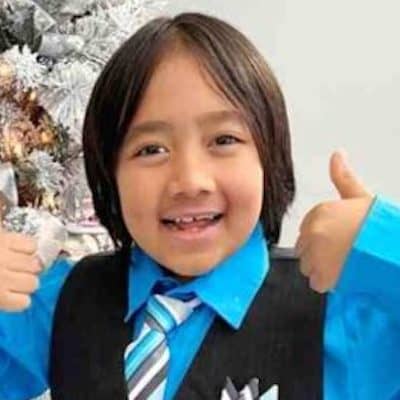 Who is Ryan’s World?

Ryan’s World is an American star of the digital world. He is popular for his content of unboxing of toys on the video-sharing platform, YouTube.

He runs a channel named along with his family members. Further, he is considered one of the highest-paid child YouTube personalities in the whole world.

In 2019, he appeared in a Nickelodeon show named Ryan’s Mystery Playdate.

His birthdate is 06 Oct 2011 and he was born in Texas, the United States as Ryan Kaji. The name of his father is Shion Kaji and his mother’s name is Loann Kaji who got married in 2013.

His mom is a Chemistry teacher from Vietnam while his dad is a structural engineer from Japan.

Further, his ancestry is Asian, and has twin sisters named Emma plus Kate. As per her academics, he might be enrolled at school.

Ryan’s World with his popular Youtube channel is ruling the digital world. He has gained more than 31 followers as of the present time. He started to use this social media in March 2015 by naming it RyanToysReview and at first, started to post Roblox gameplay.

Some of the most-viewed videos of Ryan Pretend Play Halloween Trick Or Treat!, Ryan’s Halloween Funny Stories and Challenges for kids!, Ryan’s Friends Turn to CardBoard Pretend Play!, Learn about Astronauts In Space and Planets in our Solar Systems for kids!, Sink or Float with 1 hr Easy Science Experiments for Kids, and more.

In between 2016 and 2017, he made earnings of around $11 million. Moreover, he has his own product line that is displayed at Walmart.

This YouTube star is keeping himself away from scandals as well as rumors. But in Aug 2019, a lawsuit was made by Truth in Advertising and the Federal Trade Commission to his channel.

The reason they gave was that he has not shown the videos of sponsors properly.

Ryan’s World’s height is average and his body weight is 40 kg. In addition, he has light brown eyes and has hair id also in light brown color.