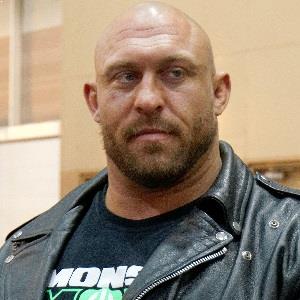 Ryback is currently lowkey about his romantic life. Even if he is dating someone, he has not revealed about his girlfriend.

He loves challenging himself.

Ryback Allen Reeves is an American professional wrestler commonly known by his ring name The Big Guy or Ryback.

Previously signed to WWE, he currently wrestles on the international independent circuit. Some of the movies and television that he has been part of include ‘WWE Tough Enough’, Deep ‘South Wrestling’, and ‘Payback (2013)’ among others.

Having started watching professional wrestling at the age of eight, and he was allowed to ring the bell at a live World Wrestling Federation (WWF, later WWE) event, and was the guest bell ringer at the age of just 12.

He also played college baseball during his freshman year at the Community College of Southern Nevada, but broke his leg and ended up missing two seasons.

He later attended the University of Nevada, Las Vegas and entered its fitness management program.

Ryback first became a contestant on the TV show ‘Smackdown’. Although not winning the competition, his performance in the final was noticed by the people from WWE and hence they signed the contract and trained him in DSW for two years.

Ryback was trained by Al Snow, Bill DeMott, and Jody Hamilton. His character has been described as “Goldberg meets The Ultimate Warrior meets Rob Van Dam’s tights’’.  His signature moves consist of Back body drop, Bearhug, Big boot, Diving splash and other and his finishing move is Silverback Attack (vertical suplex power slam).

After a contract dispute with WWE, he departed WWE in August 2016. He has now started dipping his toe in other fields, including launching his own nutrition line, hosting his own podcast and writing a book. Ryback is proving that he doesn’t need WWE to make his brand successful.

Ryback promotes Supplements with No Artificial Colors or Sweeteners.

Ryback was part of numerous controversies during his feud with WWE regarding equal pay for talent. And his messy departure from WWE has also been the subject of various controversies. His somewhat irresponsible comments over social media have raised some eyebrows among his longtime fans.

Ryback has a comparatively tall height of 6 feet 3 inches (1.91 m). He weighs 132 kg. He is bald and he has dark brown eye color. Additionally, he is known for his buffed body structure.

Moreover, he has a Tiktik account with over 762.6K followers.