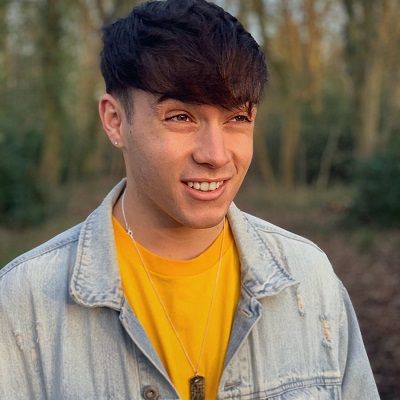 He is a skilled free runner and currently resides in a flat in Slough, London, United Kingdom. His roommates are his bandmates plus solo singer HRVY.

Who is Rye Beaumont?

Rye Beaumont is a British pop singer. He is one of the members of a popular rock band RoadTrip.

This band is managed by Blair Dreelan who is an ex-pop star.

His mother’s and father’s names are unknown.

He belongs to Hispanic ethnicity. Regarding his academics information, it is not disclosed yet.

Rye used to perform in a band called State of Mind now known as AddiXon. He along with Mikey Cobain was in that band.

After leaving AddiXon, he joined a five-piece British/Irish boyband RoadTrip. The other current members of this band are Brooklyn Wyatt, Andy Fowler, Ryan Robertson, and Harper Dark.

The former members of RoadTrip were Jack Duff and Mikey Cobban.

RoadTrip’s first EP, Miss Taken was released in April 2017 and the second EP, Tokyo Hotel came out in October 2017. Their Youtube channel RoadTrip TV was made on 29 July 2015 which has over 1.28M subscribers.

This band’s most-watched and loved video was the cover of Galway Girl by Ed Sheeran. Their other trendy videos are I’m The One by DJ Khaled ft. Justin Bieber, Dusk Till Dawn by ZAYN and Havana by Camila Cabello.

After this, RoadTrip launched their vlogging channel RoadTrip Vlogs on March 22, 2017. This channel has over 246k subscribers and they upload videos about their everyday life and moments behind the scenes.

This channel’s popular videos are Why Don’t We…Get Naked, Logan Paul Crashed His Car And Put Us In His Vlog, and Jumping Off Cameron Dallas Roof!!

This pop singer has an estimated net worth of $500 thousand.

According to the sources, an American singer’s average salary ranges from $30k-$55k per year.