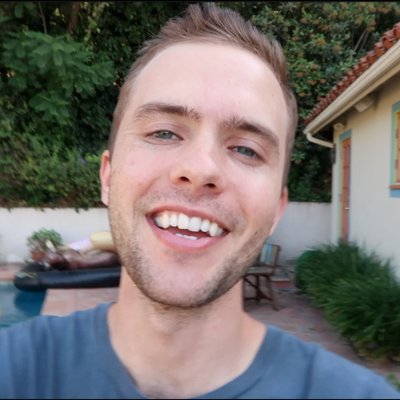 Fans and fellow YouTube stars are sending their love to the creators, who are engaged after three years together.

Ryland Adams is currently in a relationship. Ryland began dating Shane Dawson in 2016. Ryland opened his relationship status via YouTube channels and added, Rylands has helped him disclose the privacy of him which he has been hidden for a long time.

This couple exchanged rings in March 2019.

Shane proposed to Adams on March 19, 2019, on their three-year dating anniversary and they are currently living in Calabasas, California with his fiancé, Dawson and his pets, Uno, Honey, and Cheeto.

Who is Ryland Adams?

Ryland Adams is an American host, writer, and producer who is well recognized for his work with the popular web news network ‘Clevver Media’.

He is also well recognized for his performance in ‘SketchTrending’, ‘Shane’, and ‘3 Times a Charm’.

He was born on the 14th May 1991 in Denver, Colorado, USA. Adam was born to father Bruce Adams and mother Vicki Adams, who is a photographer and receptionist. He has a sister named Morgan Adams. She also has her own YouTube channel.

Ryland holds American citizenship but his ethnicity is Caucasian.

Ryland Adams started his career working for the famous web news network, Clevver Media in 2013 and then worked as a host for Clevver News opposite Joslyn Davis. In addition, he served as a freelance host for many other channels.

Likewise, he has worked as a freelance host for AFI, Revolt TV, AwesomenessTV, and many others. However, he struggled on being a host and producer of Clevver Media from 2014 to 2017 which has so far gained more than 3.5 million subscribers.

Recently, he appeared in the Mind of Jake Paul’ in 2018 and he appeared as himself in ‘Conspiracy Series with Shane Dawson’ in 2019.

He was awarded The Shorty Award in the category Vlogger of the Year in 2019.

He has an estimated net worth of around $800k and he has earned that sum of money from his professional career. He might earn yearly $44.2K – $706.8K  from his career.

Ryland was involved in the rumors circulating his relationship with his boyfriend Shane Dawson. The pair literally confirmed their affair back in October 2016. They met for the first time through the dating app Tinder.

Ryland Adams has a height of 5 ft. 8 inches and a weight of 68 kg. He has blue eyes and brown hair. But, other information regarding his body size, shoe size, etc. is not available.

He is also active on YouTube with more than 4.67 million subscribers.

BIP’s Tayshia Adams has confirmed that she split up with her boyfriend John Paul Jones!