Ryne Sanborn is an architect, ice hockey player, and former actor of America. He is currently single.

Ryne Sanborn has kept his personal life low profile. He usually doesn’t talk about his private life in media and public. 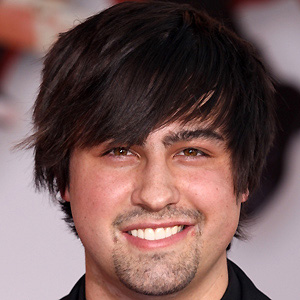 Who is Ryne Sanborn?

Ryne Sanborn is an architect, ice hockey player, and former actor in America. He is best known for his role as Jason Cross in the High School Musical sequels. He plays ice hockey for Salt Lake’s Outliers. In 2008 he retired from acting to focus on architecture.

Ryne was born on 3 February 1989, in Salt Lake City, Utah, USA. He is an American by nationality and is of North American ethnicity.

He is the son of American parents Jeff Sanborn(father) and Florence Sanborn(mother). He has a younger sister named Danielle Sanborn.

He attended Taylorsville High School where he played for the hockey team. He also played basketball for the college team. After high school graduation, he attended the University of Utah and graduated with a degree in architecture.

Ryne began his modeling career at the age of 2. He co-starred as Stephen in the TV movie Not in This Town when he was seven years old. The following year, he played the role of Jimmy in an episode of the TV film Touched by an Angel.

Ryne was the “Child of Light” in the 2002 Opening and Closing Ceremonies of the Winter Olympics. He played ice hockey in All-Stars Hockey League.

He wanted to be an Olympic athlete in hockey. He currently plays for Salt Lake’s Outliers. Ryne retired from acting to focus on architecture in 2008.

There is no information about his salary and as of 2022, he has an estimated net worth of $1.5 million.

Ryne has a height of 5 feet 9 inches. He has black hair and brown eyes. Furthermore, there are no details regarding his body measurements.