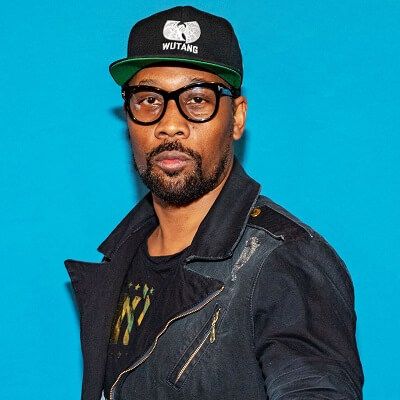 Confusion is a gift from God. Those times when you feel most desperate for a solution, sit. Wait. The information will become clear. The confusion is there to guide you. Seek detachment and become the producer of your life.

Knowing others is wisdom. Knowing yourself is Enlightenment. - Lao-Tzu.

It's harder to make the glass than break the glass.

RZA is currently married to Talani Rabb. She is a former model and actress. Rabb has traveled all over the world doing photoshoots. The couple exchanged wedding vows on 29th August 2009. Since then, the couple has stayed together and has been happily married. From their marriage, the couple has a son.

Previously, he was married to Eboni Mills. The couple exchanged wedding vows in 2006. From their marriage, they have four children, Shaquasia, Melchizedek, Understanding and Eternity Diggs. they divorced in 2006.
He also was in a relationship with Wu-Tang clan vocalist, Tekitha Washington. He was a daughter from their relationship named Prana Supreme Diggs. He also has another child from his previous relationship named Raindia Diggs.

Robert Fitzgerald Diggs, better known as RZA is an American musician, actor, record producer, rapper, and director. He is currently the ‘de facto’ leader of the ‘Wu-Tang Clan’.

RZA was born as Robert Fitzgerald Diggs on July 5, 1969, in Brownsville, Brooklyn, New York City, New York, USA. As of 2020, his age is 50. He has not revealed the identities of his parents. They divorced when he was young.

He is named after two men his mother greatly admired, Robert Kennedy and John Fitzgerald Kennedy. He also has a younger brother named Terrance Hamlin who is also a rapper well-known by his stage name, 9th Prince.

His childhood days were not easy as his parents were divorced. He stayed with his uncle and spent much of his time there. At the age of 21, he went to live with his mom in Steubenville, Ohio but this move proved to be a bad one as he got involved with drugs and crime. He was even charged with attempted murder.  His ethnicity is African-American.

How much is RZA Worth?

RZA has an estimated net worth of around $20 million. He garnered such a huge sum with his career as a rapper, record producer, and actor. Moreover, he has also composed scores for movies.

In 1992, RZA formed the hip-hop group, Wu-Tang Clan. It consisted of eight members; his five childhood friends, and two cousins. Each of the group’s members chose a nickname and he chose RZA.

In December 1992, the group released its first single, ‘Protect Ya Neck’. In 1993, Wu-Tang Clan released its debut album, ‘Enter the Wu-Tang (36 Chambers)’. Their album became highly acclaimed and got its place in the genre’s greatest and most influential albums. Moreover, the Rolling Stone Magazine included the album in its ‘500 Greatest Albums of All Time’ list.

RZA’s contribution was vital and he came in the limelight. Soon he became a highly demanded artist. Many singers wanted to work with him and make music with him. He worked for a number of artists, including Shaquille O’Neal, Paul Banks, Björk, among many others.

He also continued his career as a solo artist and released his hit single, ‘Wu Wear: The Garment Renaissance’. It went on to become a major hit and reached the #60 position on the Billboard Hot 100 and the #6 on the Hot Rap Singles chart.

In 1997, Wu-Tang Clan released their second album, ‘Wu-Tang Forever’. RZA shed his ‘dictatorship’ for the first time in the album. They released their latest album titled, ‘The Saga Continues‘ in 2017.

RZA’s career as an actor has also flourished well. He appeared in ‘Mr. Right’, ‘GI Joe Retaliation’, ‘The Man with the Iron Firsts 2’, ‘Brick Mansions’, and ‘Popstar’. He also portrayed the main antagonist in the martial arts film, ‘Tom Yum Goong 2’. Similarly, he directed the film, ‘Love Beats Rhymes’(2017).

He has also appeared on TV shows such as ‘Californication’, ‘Gang Related’, ‘Robot Chicken’, ‘Snowfall’, ‘The Simpsons’, and ‘Fresh Off the Boat’.

RZA stands at a height of around 6 feet 2 inches. He weighs around 84 kg. He has black hair and dark brown hair.

In 2016, he received criticism for some controversial remarks he made. He appeared to have blamed police brutality victims for not looking properly dressed. He said,

“When you think about some of the brothers who are being brutalised by the police, you also got to have them take a look, and us take a look, in the mirror, at the image we portray. If I’m a cop and every time I see a young black youth, whether I watch them on TV, movies, or just see them hanging out, and they’re not looking properly dressed, properly refined, you know, carrying himself, conducting himself proper hours of the day—things that a man does, you’re going to have a certain fear and stereotype of them.”

He was quick to defend himself with a series of tweets saying he could never condone police brutality or any form of injustice and oppression.

You may also like to read the Bio, Career, Net Worth, Relationships, Body Measurements, and more about Jeezy, Takeoff, Irv Gotti, and more.