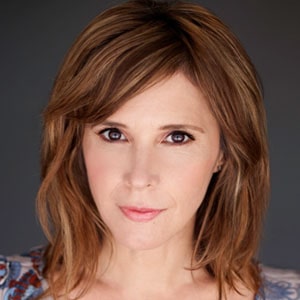 What is the relationship of Sabrina Lloyd?

Sabrina Lloyd is a married woman. She has been married to Ross Smith since April 1997. From 2009 to 2010, she lived in Uganda and adopted a little girl while living there. After that, she moved to Italy and lived in Rome for four years. The family is living together and happily and there is no sign of divorce between the couple.

Who is Sabrina Lloyd?

Sabrina Llyod is an American film and television actress and she is best known for her role as Wade Welles in the science fiction series ‘Sliders and Natalie Hurley in the ABC sitcom ‘Sports Night’.

She was born on November 20, 1970, in Fairfax Country, Virginia, USA. Her birth name is Sabrina Jane Lloyd and she is currently 51 years old. However, she has not provided any information regarding her parents and her siblings.

She was raised in Eustis, Florida, and began acting from the age of 13 she participated in a student exchange program at the age of 15.

She has two cats: Lucy and Theodore. She was a vegetarian for six years during the 1980s.

Sabrina holds American citizenship but her ethnicity is unknown.

She participated in a student exchange program that allowed her to spend a year in Brisbane, Queensland, Australia at the age of 15 and trained at the Brisbane Royal Theater Company. Also, she attended Columbia University.

She performed in local theatres like the Baystreet Players in Eustis and the Ice House Theater in Mount Dora. After that, she appeared in ‘Grease’, ‘Crimes of Heart’, and ‘The Wizard of Oz. At the age of 18, she moved to New York to pursue a film career and made a guest appearance in ‘Law & Order.

She made her breakthrough in the feature film ‘Chain of Desire’ and later appeared in ‘Father Hood with Patrick Swayze. Also, she appeared in the music video for ‘Iris’ by The Breeders.

She portrayed the role of Wade Welles in the sci-fi TV show ‘Sliders’ in 1995 but left in 1997 because her contract was not renewed. Then, she co-starred in the ABC sitcom ‘Sports Night’ as senior associate producer.

After that, she starred as Terry Lake on the television show ‘Numb3rs’ in 2005 and portrayed the lead actress in the independent film ‘Universal Signs’.

Apart from an acting career, she also writes and records original music with her guitar.

She has an estimated net worth of around $1 million as of 2022, and she has earned that sum of money from her professional career. As she has been active in various endeavors, it is expected to rise in the future.

The talented actress has been successful in maintaining her celebrity status and has not been involved in any types of rumors and controversies in her career.

She has a medium height of 5 ft.5 inches. Sabrina has brown eyes and red hair. Other information regarding her weight, body measurement, etc. is not available.