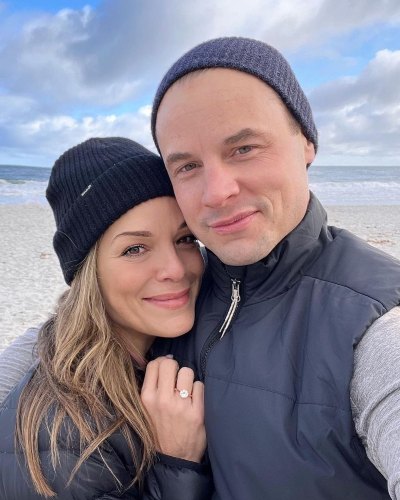 Dean Sheremet is engaged to Sabrina Soto! On 28th December 2021, the couple announced the engagement after Sheremet proposed to her.

Sabrina shared a photo on her Instagram featuring a photo of the rose-gold banded, David Alan ring, and a photo of her and her beau smiling after the engagement.

Sheremet announced the engagement on his Instagram also wishing Sabrina on her birthday. He wrote,

“Happy birthday SABRINA! I can’t wait to continue building our beautiful family. Atlas and I are lucky to have you. (She said absolutely),”

The couple first made their relationship Instagram official in July 2020 with a picture of them enjoying a vacation in Mexico. If he walks down the aisle with Sabrina, it is going to be his third marriage as he was previously married to singer LeAnn Rimes from 2002 to 2010 and Sarah Silver from 2011 to 2016.

Also read Dexter Darden and JoJo are engaged after more than a year of dating!

Who is Sabrina Soto?

Sabrina Soto is a popular interior designer, consultant, and entrepreneur. She made her way into television as a host on cable network shows and a web-based series on Yahoo!. She interviewed many top recording artists and celebrities.

Sabrina and her ex-partner Steve Grevemberg welcomed their first daughter Olivia in November 2015. Soto was born on 27th December 1975 in Miami, Florida. She is 46 years old at present.

Dean Sheremet is an American actor, dancer, and chef who is well-known for starring in the film Not Another Teen Movie.

Also, he is an Ex-pro dancer and Fitness Expert. Read more bio…

How is Anwar Hadid holding up after break up with girlfriend Dua Lipa?
Tags : HGTV TV Personality