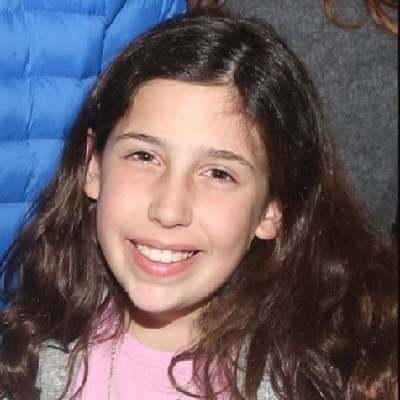 Sadie Sandler is currently single. As of now, she is too young to form any sorts of romantic bonds.

Currently, she is focusing her career in acting.

Who is Sadie Sandler?

American Sadie Sandler is an actress. Sandler is renowned as Lemonade Sadie of Pixels and Little Girl on Ship in Jack and Jill.

Last, in 2020, she appeared in the movie, Hubie Halloween as Danielle.

Sadie Sandler was born on 6th May 2006 in Los Angeles, California. She is of British-Irish ethnicity with Italian ancestry.

She is the daughter of Adam Sandler and Jackie Sandler. Both her mother, Jackie Sandler (aka. Jacqueline Titone) and father, Adam is a professional actor. She has a younger sister, Sunny Sandler (b. 2nd November 2008).

Moving to her academics, she is currently joining the Tisch School Of The Arts in New York City, New York.

Born daughter of the two actors, she started to develop her interest in the acting field. Eventually, she made her acting debut with the movie, You Don’t Mess With the Zohan as the Girl riding on a goat. Her role in the movie was uncredited.

Following the movie, she appeared in the movie Bedtime Stories in a character role. The movie became one of the earliest milestones of her career. Some of her other movies along with the year and character name is-

She has brown eyes with brunette hair. She stands a height of 5 feet and 5 inches and weighs around 44 kg.

She is active on Twitter with the handle, @sadie_sandler with 32 followers.

You may also read the bio, age, parents, ethnicity, career, net worth, and social media of Matt Cornett, Wes Brown, and Candace Moon.