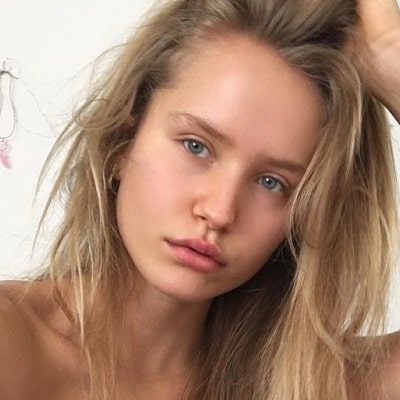 Sailor Brinkley Cook is currently in a relationship. In February 2019 she was spotted kissing a mystery man on the beach of Miami and their relationship came out in April 2019. She and her boyfriend Ben Sosne were later spotted in Sydney during a beach day. The pair were reported to be dating since December 2018.

Previously, in the summer of 2018, she was spotted holding hands with 26-year-old pro surfer Balaram Stack in New York City and they were spotted going out to dinner, which was the first and last time she was seen with Stack.

Who is Sailor Brinkley Cook?

Sailor Brinkley Cook is an American model and social media personality. She is famous for her ever-growing followers on Instagram and as the daughter of author and model Christie Brinkley.

She was born on July 2, 1998, in New York, USA. Her birth name is Sailor Lee Brinkley Cook. She was born to mother Christie Brinkley, a model and New York Times bestselling author and father Peter Halsey Cook, an architect, and model.

Sailor’s father, Peter is the fourth husband of her mother. Her mother was first married to Francois Allaux(French artist) from 1973 to 1981. After that, her mother tied her knot with Billy Joel in 1985. Information about her third husband is not available.

Sailor is of American nationality and her ethnicity is mixed(German, Irish, English, Scottish).

She joined Parsons School of Design, having enrolled in 2017 for a degree in photography.

The beautiful lady began her career as a model at the age of 15. She was signed to prestigious modeling agency IMG Models and also interned for the website magazine In the Gloss and worked there as a writer for beauty and lifestyle content.

Recently, she has also walked the runway with her mother for Ellie Tahari at New York Fashion Week in 2019.

Talking about her award and nomination, she was awarded the FN’s 2018 Style Influencers of the Year Award.

She does not like to harm other persons and has not been involved in any rumors and controversies in her personal and professional life.

Christie Brinkley breaks her arm! Her daughter comes for rescue in DWTS!