Actor Sally Humphreys is married and a mother of two.

The couple married on the 21st of December 2012 after eight months of dating. The intimate wedding took place at the Dorchester hotel in central London. At the wedding, she wore a simple wedding dress from her mother.

Before dating each other, the couple was friends with each other for more than 9 years. Together, they have been blessed with twin daughters; Gracie Jane and Alice Rose born in 2016.

She happens to be the third wife of the musician. Before her, he was married to Jo Wood and Krissy Findlay. With Jo, he has two children; Leah Wood and Tyrone Wood. Also, he adopted Jamie Wood as his son with Jo. 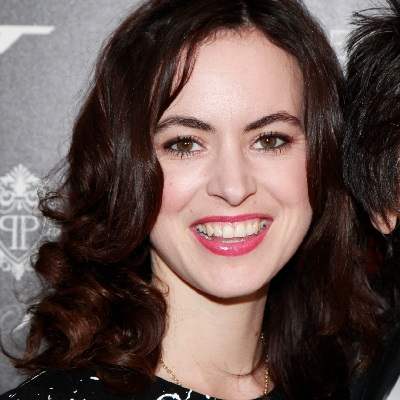 Who is Sally Humphreys?

Sally Humphreys is an actress and producer. She is renowned as the producer of Breach, 7 Days: The Story of Blind Dave Heeley.

Her upcoming projects include short movies like Breach and Bend. Currently, both short movies are in post-production.

Also, she will be producing the movie, Fleur. The movie will be her first long drama.

Sally Humphreys was born on 9th January 1978 in Birmingham, England to Colin and Alison Humphreys. She is of British-Welsh ethnicity.

Both her mother, Alison, and father, Edward are musicians by profession. Her mom, Alison plays flute whereas his father, Colin plays the cello. She grew along with her brother, Geraint. Geraint is a professional journalist and works for MTV.

Moving towards her academics, she joined King Edward VI Handsworth School. In school, she used to be the head girl of her school. Later, she joined University to study Drama. However, details on her university are not available.

In 1996, Sally Humphreys made her TV debut with the TV series, Out of Sight. In the movie, she appeared to portray some character roles as Liza.

Following that, she appeared in TV series like Casualty, Barbara, Doctors, and Doctors and Nurses in some small roles. In 2004, she last appeared in the TV series, Murder in Suburbia as WPC.

After a long break in her acting career, in 2020, she made her appearance in the short movie, The Maroon Jumper as Laura.

Besides being an actress, she is also a producer by profession. Before producing movies, she used to produce stage dramas.

In 2019, she entered the movie industry as a producer with the short, 7 Days: The story of Blind Dave Heeley. In the movie, she was associated with the short as an associate producer. The same year, she produced the short, Stand Still as an executive producer.

In 2021, she will release her first long movie, Fleur. The movie showcases an inspiring story of a street dog, Fleur.

As of 2020, she has an estimated net worth of $500 Thousand. Her earnings as an actress are in the range of $21k to $215k. Besides that, she also makes through her production works too.

Sally Humphreys is a brown-eyed brunette. She stands at a height of 5 feet 9 inches and weighs around 67 kg.

To date, she has not been involved in any sort of controversy and scandals that created a buzz in the media. Also, she has managed to remain far from any type of rumors.

However, in 2012, she remained in the headlines for the relationship with her husband, Wood (then boyfriend). As the couple has an age difference of more than three decades.