Josh Brolin is a well-known American actor who has been active in the entertainment industry for over three decades. Sally Quinn married Benjamin C. Bradlee. 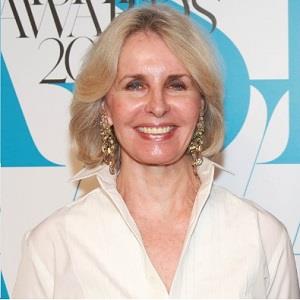 The first term of the Clinton administration was very jolly. Everybody was running around meeting people and of course, in the second term, everyone went down the black hole, which also happened at the end of the Reagan administration

The football season is like pain. You forget how terrible it is until it seizes you again

I had cottage cheese for lunch and a glass of wine when I got home tonight.

What is the relationship of Sally Quinn?

He was much older than her but that did not stop her from sending him Anonymous love notes. After leaving her post, they lived together for some years in the Watergate building.

She was his third wife of Benjamin until his death in 2014. Quinn and Bradlee purchased Grey Gardens in East Hampton, New York in 1979. The pair has one child, a son named Quinn Bradlee.

He was born in 1982 when Quinn was 41 and Bradlee was 61. She is the mother-in-law of Pary Anbaz-Williamson. Currently, she is not involved in any relationship affairs.

Who is Sally Quinn?

Sally Quinn is an American author and journalist.

Sally was born in Savannah, Georgia on July 1, 1941, as Sally Sterling Quinn. She is the daughter of Lt. General William Wilson ‘Buffalo Bill’ Quinn and Sara Bette Williams.

She has two siblings younger sister, Donna of Oakland, California, and a younger brother William Jr. of Phoenix, Arizona. Furthermore, she is of American nationality.

In addition, she belongs to a Scottish ethnic background. Sally spent most of her early life and childhood on Connecticut Avenue N.W., Washington, D.C.

Talking about her education, Sally attended Smith College. Later, she graduated there in 1963.

Initially, Sally began working at The Washington Post. Although she had some problems at first due to her lack of experience, she soon started demonstrating her skills in the reporting field.

Next, she started involved in the television world. She joined CBS News reporter Hughes Rudd as co-anchor of the ‘CBS Morning News.

Her first television appearance did not go as planned and she collapsed while trying to fight the flu. Eventually, she left ‘CBS Morning News’ after the February 1, 1974, telecast.

Sally has appeared in several shows and documentaries including ‘20/20’, ‘The O’Reilly Factor, ‘Rock Center with Brian Williams’, ‘Now with Alex Wagner’, ‘Face the Nation’, ‘Charlie Rose’, ‘Boulevard of Broken Dreams, ‘Encore with John Palmer’, ‘Mr. Conservative: Goldwater on Goldwater’, ‘The Bob Braun Show’ and others.

In addition, she also appeared in ‘Born Yesterday as Beatrice Duffee in 1993. She rose after her marriage to Benjamin C. Bradlee. Additionally, Sally also served as social secretary for Cherif Guell.

Sally has published numerous books namely ‘The Party: A Guide to Adventurous Entertaining., ‘We’re Going to Make You a Star’, and ‘Finding Magic: A Spiritual Memoir’.

Although people have speculated Sally’s net worth to be in the millions. As of 2022, she has an estimated net worth of $13 million.

Sally was involved in a controversy after she published a book entitled ‘Finding magic’. In the book, she recalled her mother putting hexes on two people that later died.

Furthermore, she described performing hex magic herself on three people, two of whom died shortly after. Her animus towards the Clintons is also often controversial.

In addition, her column for The Washington Post published on February 19, 2010, was criticized by many and faced several reader backlashes.

Additionally, she weighs 66kg. In addition, her hair color is blonde and her eye color is blue.

Sally is fairly active on social media. She has more than 5.5K followers on Twitter.

“I didn’t mean for them to die.” If you are on Sally Quinn’s bad side, better be aware! She might hex you!!